Tonight I will be mostly reading...

A fantastic piece of work with contributions from many in this community, thank you!

Just did a quick skim and will be diving in a little later.

Spam definitely seems to be a hot topic in the comments section this year.

@Colan Nielsen, I dig your comment about internal links. Most SEOs either go way overboard with the exact-match anchor text, or completely ignore internal links for fear of overdoing it (very hard to do; just look at Zillow's footer). Somewhere in the middle is the commonsense approach, which revolves around having people see the relevant pages at the right times.

Also liked @davidmihm's comment about how reviews are becoming table stakes. Just working up a high body count never has been quite enough, and I think more business owners will see that in time.

There was SO much good stuff in there. Just finished reading it and added at least 2 things to my "to-test" task list. Here are a few pro-tips that I found particularly informative.


@Phil Rozek your comment about where Google is headed made me laugh out loud. Can you elaborate on why you said "court"?

The only tip I disagreed with was this one: "In the legal field, spam is running wild. We now have seen a huge influx of law firms changing their legal business names to locally relevant keywords like "Florida Personal Injury Lawyer.” Sadly, this tactic works all too well right now and it's important to report these as spam as you come across them."

I 100% agree that I'm seeing this tactic a lot but would not suggest reporting it as spam. If a business legally changes their name, Google isn't going to act on it and wouldn't consider it spam. Reporting it as such just weakens your trust level on Maps since the edit will get denied.

I liked Colan Nielsen's comment about phone numbers in the title tag.
If they do attract a higher CTR then it is worth testing.
I want to also test in some point adding an emoji next to the GMB name, although it is against the guidelines.

Nikos said:
I liked Colan Nielsen's comment about phone numbers in the title tag.
If they do attract a higher CTR then it is worth testing.
I want to also test in some point adding an emoji next to the GMB name, although it is against the guidelines.
Click to expand...

We put one next to our name months ago - still there and not reported/removed. Not sure it makes a HUGE difference but it looks cute (Caveat - 99% of our business comes WOM) 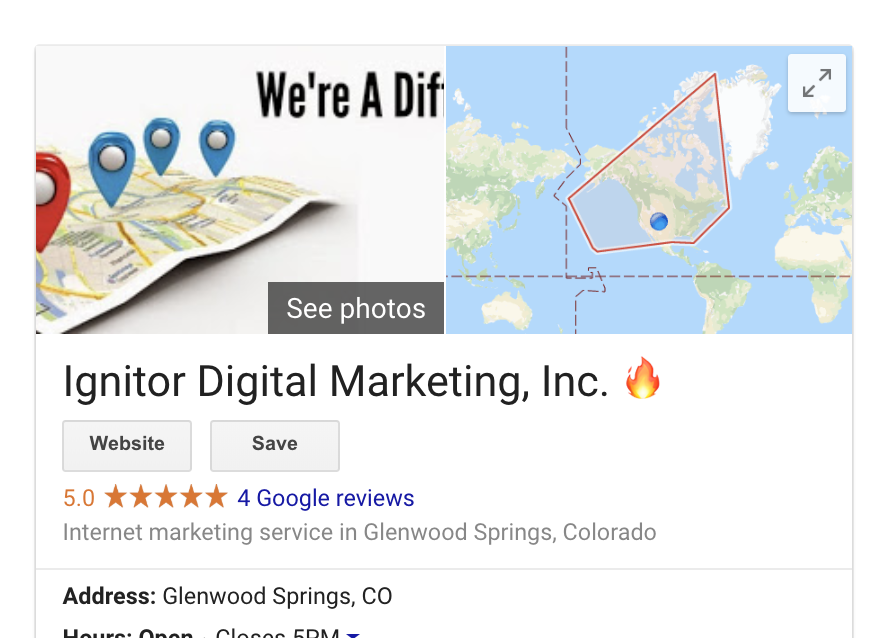 It was fun to participate in the survey this year, I need to go and read through it all again, tons of insight from highly respectful people.

Darren blew my mind with this suggestion:

"Seed the Google Q&A with your own questions and answers. Feed that hyper-relevant, semantically rich content to Google. Relevance FTW."

One of those why the heck didn't I know about this/think of this moments...

JoyHawkins said:
@Phil Rozek your comment about where Google is headed made me laugh out loud. Can you elaborate on why you said "court"?
Click to expand...

@JoyHawkins, at the risk of snuffing out what little wit was in my comment by over-explaining it, I’d cite a few species of problems I suspect Google won’t deal with unless they’re sued:

1. Not policing Google Maps reviews, and doing nothing about review-spam networks, while continuing to push and incentivize them (as in the Local Guides program).

2. Not adequately vetting “Google Guaranteed” companies that use Local Services Ads. It’s a matter of time before something real bad happens to a customer who picks the wrong company there. That’s maybe the biggest downside of pushing LSAs as hard as Google has: the businesses that tend to stink up the free 3-pack eventually feel enough pressure to get into the paid 3-pack.

3. Causing a seasonal business to miss out on a whole year of income by not giving it a way to fix incorrect GMB info or halt competitors’ spam in a timely manner.

Plus the ongoing anti-trust and privacy concerns, plus some I’m certain I forgot to mention.

Nikos said:
I liked Colan Nielsen's comment about phone numbers in the title tag.
If they do attract a higher CTR then it is worth testing.
Click to expand...

Thanks Nikos. My theory is that the user clicks on the title tag thinking the number is click to call. So, if that's the case it makes it even more interesting since now you could be irritating potential customers as they click back to the SERP's once they realize it's not a CTC number.

However, if the page they land on DOES provide a very clear click-to-call button that might do the trick.

Darren and his team did a great job with the survey this year. I really liked the format. It was really impressed how they put it together, and based on looking at the responses a lot of us are seeing similar things.

Casey Donovan said:
Darren blew my mind with this suggestion:

"Seed the Google Q&A with your own questions and answers. Feed that hyper-relevant, semantically rich content to Google. Relevance FTW."

One of those why the heck didn't I know about this/think of this moments...
Click to expand...

I can't take credit for that idea, Casey. Mike Blumenthal is the mastermind of all things related to Q&A. Check out his excellent series on the topic, here:
5-Step Plan For Success With Google Q & A - GatherUp

Eric Rohrback said:
Darren and his team did a great job with the survey this year. I really liked the format. It was really impressed how they put it together, and based on looking at the responses a lot of us are seeing similar things.
Click to expand...

Thanks, Eric. The kinks are worked out now and it will be smoother next year. I'll give all the contributors more notice too!

Bravo to @whitespark and Dr Pete for today's webinar, outstanding!

I thought I'd keep it all under the same thread, but more light reading from Moz / Darren

Personally, I question the value of this latest Moz Survey. Is it worthless information? Of course not. Here's the problem. It's just a survey and the accuracy or validity of the respondents' conclusions is questionable at minimum, and possibly completely wrong at maximum. So what the survey aims to do is to reduce uncertainty through consensus of experience. I think this is highly flawed approach compared to a very large Local SEO company with thousands of clients where they can crunch numbers. So Moz is just a service platform and they don't perform Local SEO services themselves for clients? Because otherwise they could have written this article based on their own data and not just regurgitated survey results. And in that case they can include the important missing piece in this article which is a detailed explanation of what data they analyzed and how they analyzed it to reach their conclusions.

Now I'm sure some of the respondents were with large firms that crunched the numbers (but what percentage? Without contextual information as to how the respondent arrived at the conclusions in their response, we have no idea which respondents are mostly guessing and which ones did the hard analytical work. But then that's why they include many respondents to hope to identify trends - I get it. But for someone like me that wants to know HOW you arrived at that conclusion/opinion, specifically, in detail, so I know you're not talking out of your a$$. I found the article disappointing.

Still, because Google's algos are so top secret, people are STARVED for this kind of information so the article get lots of attention/hype and credence. But I think these types of articles risk creating a "herd mentality" where because someone isn't sure about something they more easily adopt the conclusions and opinions of the others without much information confirming the validity and accuracy of what the other's are claiming.

I have a specific question though but I think I'll put it in a separate thread as this post is really about the accuracy and usefulness of the article itself versus a carefully conducted analysis of data.
You must log in or register to reply here.

A
Should we start stuffing keywords as others do?

L
Reviewing our site in comparison to competitors, with view to improve local SERP rankings