Want to take a hard core lesson about the inner workings of clusters, merges, proper Places address formatting and the suite# fiasco? Does dealing with Google Local dupes and merges make your head spin? 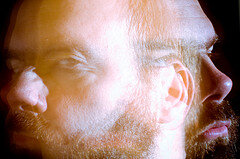 ​
Still confused about something I've mentioned many times? "Google Maps is from Mars and Places is from Venus." They speak different languages and often don't get along. Address formatting is a BIGGIE and the following thread illustrates much of the problem.

Ever wondered the best way to format your address in Places so it does not cause problems?
Abbreviate or no??? Suite on line 2 or no??? Read on...

Have attorneys or Realtors or Insurance agent clients that are located in buildings with similar professionals - then this is a must read!

Take a look at this thread and pay special attention to comments by Gregg AKA Flash.

You need to read the whole thread for context. Below are just a few choice quotes from Flash.
(This thread is regarding an Attorney that keeps getting his listing merged with other Attys in the same building, so his categories end up on Attys that don't even offer the type of legal specialty he does. Therefore they are getting HIS calls for elder abuse law and they are not even elder abuse attys.)

How To Stop Google From Clustering Our Data With Every Business With "Law Firm" in the Title (NOTE: ALL comments below are from Flash)

It's happening because the formatting of both addresses makes it so maps cannot recognize them. Maps uses physical addresses, not postal addresses. Everything is spelled out in full.

Places does not enforce the proper entry of addresses that all the other tools enforce, and Places is horrible at passing addresses to Maps. Basically, Maps does not fully understand either address, so it does not figure out that there is a distinguishing factor (suite number) to indicate that these are separate listings.

They have become merged on the Places database. There has been a couple of Maps editors that have tried to fix it via Map Maker, but you cannot fix a Places merge that way (I have actually had to prove it to several Google employees, so I'm sure there are more out there that still think that you can do it.) To fix it, you will have to go to Places support. Unfortunately, being a part of Places, Places support does not understand/believe in the importance of having addresses in the format that Maps understands.

Supposedly the suite number at the beginning is supposed to be linked to the second address line in Places; so put the suite number down there but be prepared that it will display at the beginning if everything is hunky dory. If it isn't, which will likely happen as Places passes addresses so poorly, then an adjustment in Map Maker will be needed.

Read this next part in DETAIL - I often see Gregg say Places formats addresses wrong or more specifically should not allow free form address fields the way it does as the addresses often do not jive properly with the Maps database. This part really explains it well.

I think you're missing the point. These places already have separate suite numbers, and in fact legal ones issued by probably the city or county. The problem is that Maps is a giant database, and things must match up in there.

The Street portion is the most likely to not be understood, but even still now multiply it by the permutations if you use Los Angles, LA, L.A. plus California and CA plus 5th versus 5.

The only street in the database that matches up with the above permutations is West 5th Street. When you use any of the others, Maps is unsure of the address; it's just trusting where it was told the marker should be located. So until you have the rest of the address correct, the suites don't matter; Maps doesn't understand the address and adding in a suite number does not suddenly clarify the situation.

If you start out with an address Maps can understand, then it knows exactly where it belongs on the map (ie. it probably can position the marker on it's own rather than being told). Now if you add the suite in the right spot, now Maps understands the addresses and that they are different; rather than not understanding them and therefore not knowing if they were the same or different.

The suite in the right spot is important. When it is at the end of the street name, it suddenly becomes yet another multiplier in the permutations. In other words, when you look in Map Maker, you see that Maps has understood from Places that the road name is "West 5th Street 2890" for one listing and "West 5th Street 3250" for the other (or whatever version of the street name was used if it wasn't spelled out in full). You again need for Maps to understand the entire address, so it can look at each address and go "I fully understand each one of those, and thus I can see they are different."

As for making up your own addresses, it is folly to make up anything as it publishes out to the map, and then not only is Places Quality checking it be tons of mappes, both volunteer and employees. It will end up either getting repaired or deleted. You need to go with the legal address. Even suite numbers are legally issued, not made up by landlords; most naming authorities (usually the city or county) issue the suite numbers when they issue the building permit allowing the suite. They will number them as per the owner's requested pattern if it fits into their allowed numbering schemes, so that's why it seems like each building is different and the landlord must be responsible.

And there's nothing sinister behind officially issuing addresses; but rather it's required by fire/rescue so they know exactly where to go in an emergency.

Just reading and thinking about all this makes my head hurt and brings up so many issues on so many levels. But it's very enlightening and important to try to understand.

Got Questions? Flash and Andrew, our Map gurus, have the answers.
Ask away and I'll ask them to come over to help clear the confusion.

Thanks Linda. Looking forward to digging into this. Flash always has great insights.

Meaty stuff here -- thanks for bringing it to our attention. I was quite interested in what Flash had to say about where to put suite numbers (before or after the building number) in Map Maker. What I'm wondering regarding the format of street names is if they should all always be spelled out completely, or if that just happened to be the case for the example he used (West 5th Street). Hopefully that inquiry makes sense...

freerunr said:
What I'm wondering regarding the format of street names is if they should all always be spelled out completely, or if that just happened to be the case for the example he used (West 5th Street). Hopefully that inquiry makes sense...
Click to expand...

Flash said: "It's happening because the formatting of both addresses makes it so maps cannot recognize them. Maps uses physical addresses, not postal addresses. Everything is spelled out in full."

When you enter a listing in MM it won't let you free form and just make up an address, you have to select from the drop down, which I believe always has everything spelled out in full. And I think I've seen Flash say several times that's how it needs to be listed.

I'll email and see if I can get him to weigh in more later today.

Thanks Andrew that's true and thanks for those other links.

However I'm sure many that visit don't read every thread here & may have missed those. Plus if you live in Places and not maps I find it takes repeating and is hard to wrap your mind around because it's so different.

freerunr said:
I was quite interested in what Flash had to say about where to put suite numbers (before or after the building number) in Map Maker. What I'm wondering regarding the format of street names is if they should all always be spelled out completely, or if that just happened to be the case for the example he used (West 5th Street).
Click to expand...

There is not placing the suite number in a certain place in the address order in Map Maker; but rather each element of the address has it's own field in the database record. The suite goes in the field labelled "Address line", and it should just be a number or at the most # plus the number. Right now that field displays before the street number, which is the logical place if you go from smallest to largest element in an address and is how the majority of the world does it's addressing. Google could choose to change that order, perhaps displaying it differently for US addresses; but why do so when we're not aiming for postal addresses. In any case, the order doesn't matter; but rather getting them into the right fields so that they are recognized is important.

And as Linda pointed out, all names are to be in full. The extremely rare exception is when the official name is abbreviated.
You must log in or register to reply here.

Yikes! My GBP disappeared from Google Maps and My Dashboard. 😢

Map Marker Not Visible When Hovering on General Area

Update of a street view attached to an address/building entity