Expansion of "What do you like about this business?"

Is anybody else seeing a category expansion of the "What do you like about this business?" feature when leaving a Google review? I'm attaching an example of what I'm seeing in the insurance vertical. 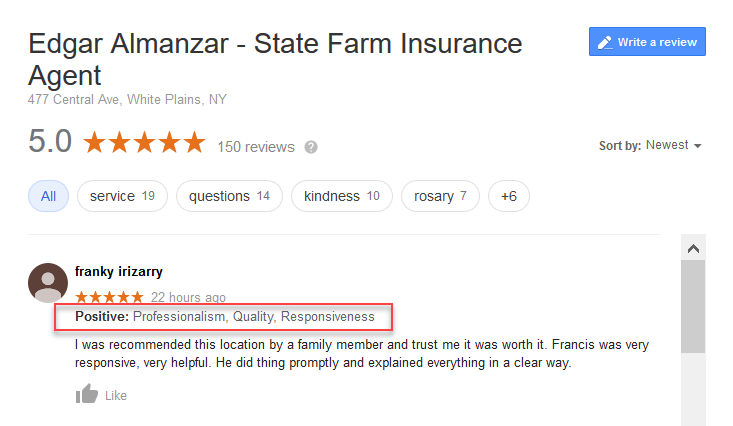 We have also seen in the insurance industry. Still not sure beyond that.

Interestingly, it is only seen from search (desktop and mobile) but it is not visible in Maps or the user profile on either desktop or mobile. 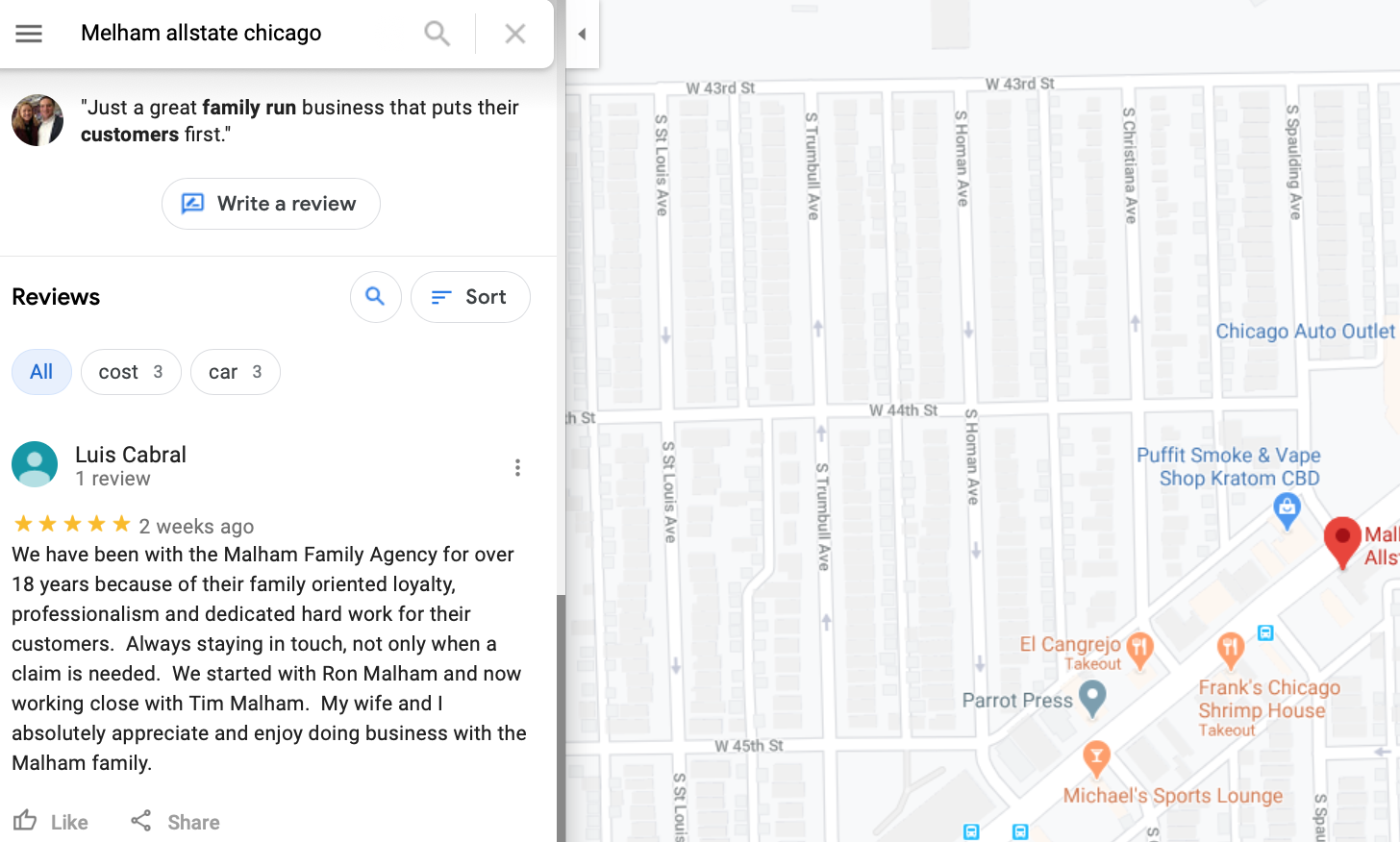 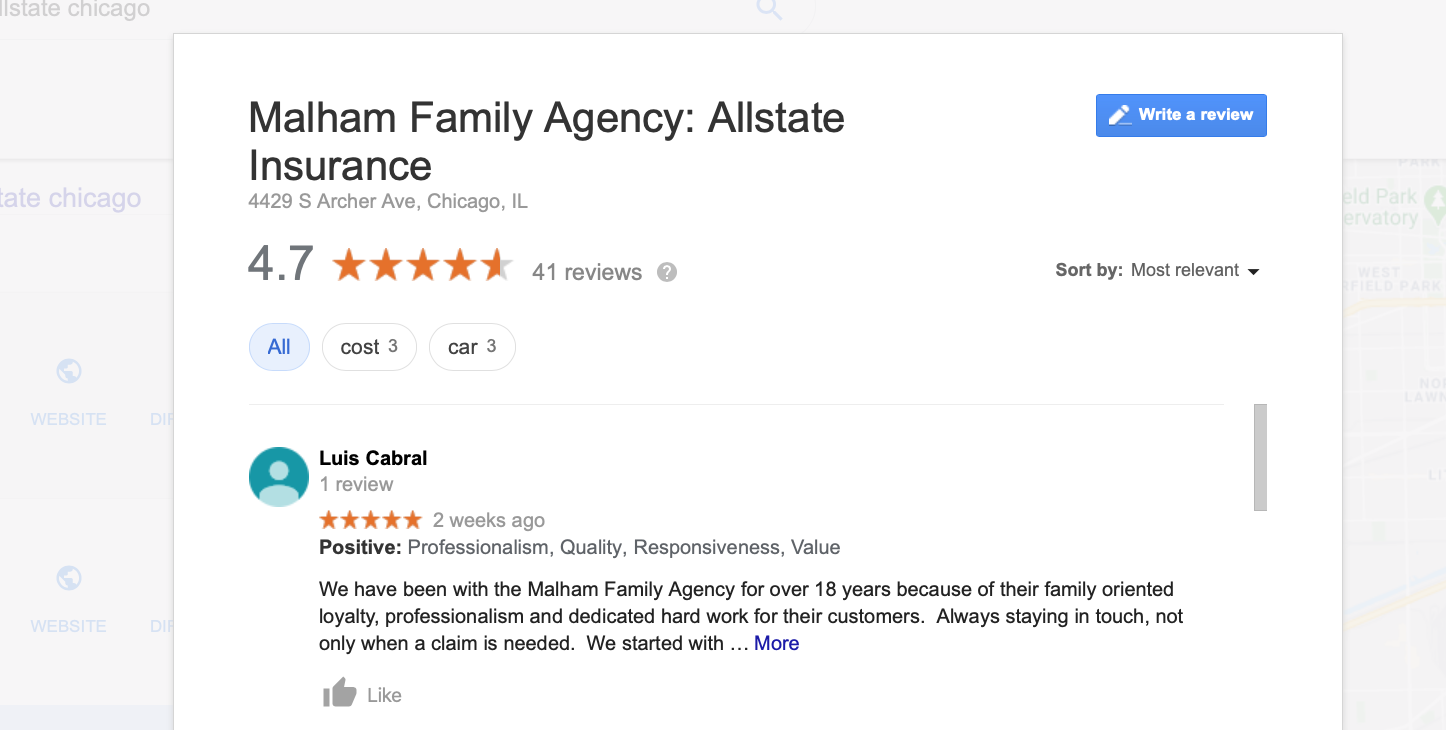 Ah yes, you're right, they must be expanding to new categories. They began appearing regularly for several home service categories near the end of November. @Phil Rozek spotted these being tested back in August: Google Maps Reviews Now Include “What Do You Like About This Place?” Prompts | LocalVisibilitySystem.com

I just searched and saw one on an insurance listing review posted a week ago.

For hotels categories in reviews have been available for quite a while, I want to say well over a year now. But we have not seen it displayed in reviews as in your example, it is present in Google Travel.

When prompted with the review field in GMB, users are presented with 6 categories to choose from as well as 3 review areas, as you can see from the screenshot. 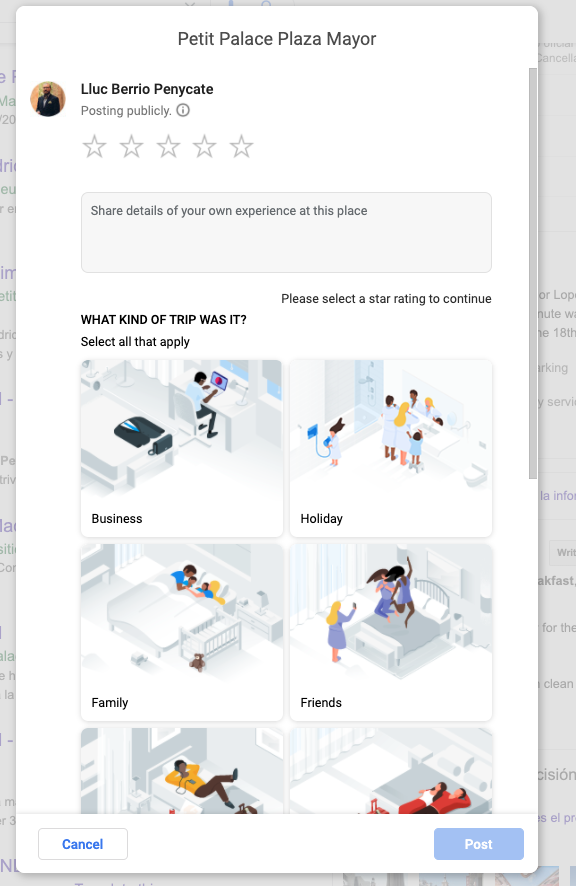 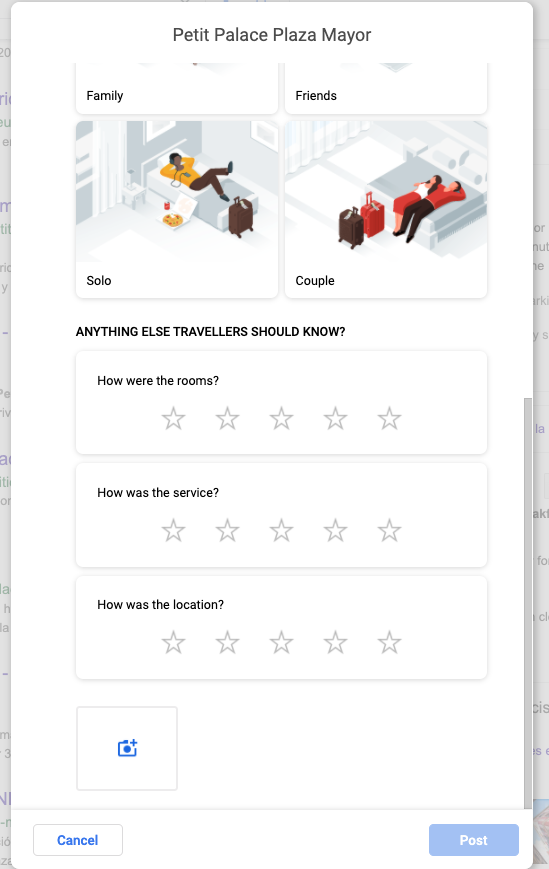 We have not seen these categories appearing in the K.P. as in your example.

However, when a user clicks on "see all reviews" they are taken to the Google Travel environment where all the reviews of the location are listed. 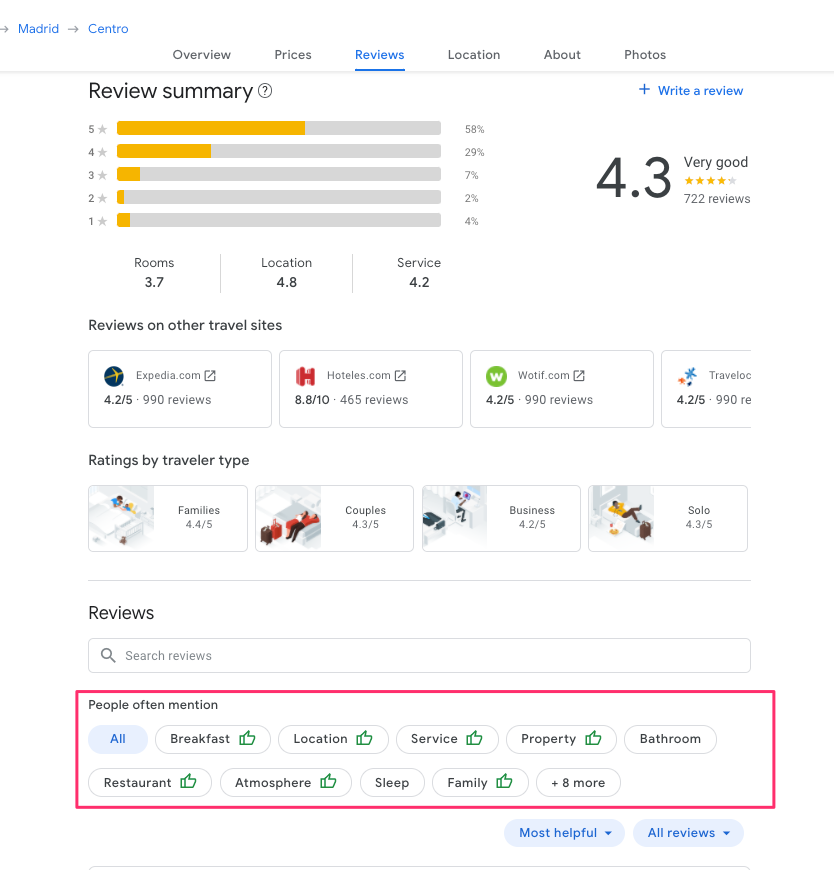 You are then presented with a number of categories that are pulled from user's reviews.

When you hover over them, a pop up shows the number of reviews that included terms referenced in the category, in this case it's "breakfast". It also displays the number of positive reviews and negative reviews. As far as we know, this is generated via AI. 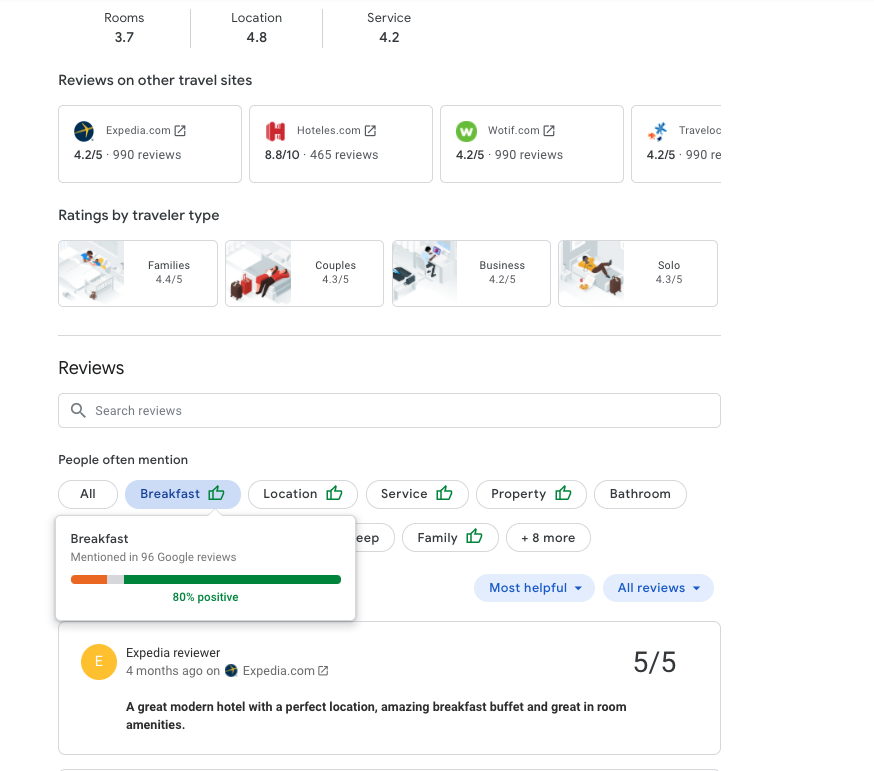 What email subject line do you use to ask your clients to give reviews?

A flood of 1-star reviews

K
Accepting Photos of a Review, but not the Review Copy