Is Google+ Local a SHE or a HE? Proof it's a SHE 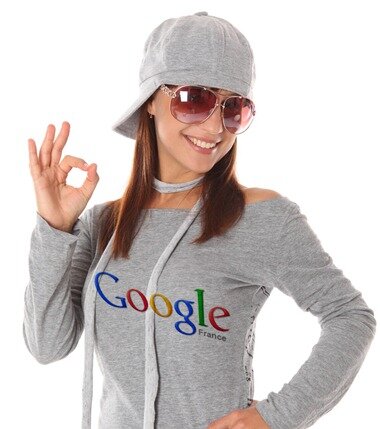 ​
I always call Google Local a "SHE". People often comment either thinking it's cute or they act slightly annoyed that I have the nerve to call Google, who everyone else thinks of as a 'he' a 'she'.
It's become a bit of an industry joke. So I thought I'd share my rationale…

1st off I think of Google in general as a 'he', like most people.
I also think of the organic algo as a 'he'.
It's only Google LOCAL I refer to as 'she' and here are the reasons...


WHY I CALL GOOGLE LOCAL A SHE

She's fickle and changes her mind every time you turn around

She makes you crazy

No matter what you do, she's always right

Even when you "think" you did it right, she proves you wrong

Even when she screws up, she makes you feel like it's all your fault

No matter who's right or who's wrong SHE always has the final say!


I recently helped someone in the Google forum with part of the reply above. He had commented:

"Thanks for your response and clarification. From all the angry business owners out there, it seems that anything can go wrong, even if you do everything exactly as Google states."

"But sticking to the guidelines typically ends up with less problems than violating them does. Does not always work out that way though because, with Google local there just often are not any absolutes."

Local is a constantly moving target due to the fact that Google is pulling data from everywhere and mappers, users and bots are changing data all the time too. That's part of the reason 'she' appears so fickle, hard to read and hard to please.

OK ENOUGH! With the serious talk.
It's Monday, let's have some fun!
Let the sexist remarks fly!

Image credit: I am so very sorry but I can't find this image to credit the source.

Ha! Right after I hit submit I just thought of another good one.

She always has to have the last word!

Linda Buquet said:
Ha! Right after I hit submit I just thought of another good one.

She always has to have the last word!
Click to expand...

She's always changing her rules with little or no notice.

Just when you think you have her all figured out, she changes the game on you!

HA! Along the male/female theme, but slightly different topic.
(This one's for you Andrew and other heavy MM users)

Google Local is from Venus
Map Maker is from Mars

(Will the 2 ever learn to communicate and talk the same language?)

I've come to think of Google as "it". "It" as in something like the Terminator.

It's just a machine. Sent back in time to kill your business.

"She doesn't want your money......but she'll eventually take your soul"

Except with Google Local, you probably won't ever become soul mates
Last edited by a moderator: Jan 22, 2013
Latest Blog: Should a Small Business Have a Blog in 2021?

OMG Colan! You just made me spew my coffee all over my monitor.
Good one!

LOL!!!! Colan, that is my favorite one! and I busted out laughing and had everyone looking at me!!

[SUB]This thread is starting to sound like an old Hall and Oates song. [/SUB]

Chris Ratchford said:
[SUB]This thread is starting to sound like an old Hall and Oates song. [/SUB]
Click to expand...

But the lyrics are a tad off...

If you try to fool her with any shortcuts, you'll pay! Maybe not today or tomorrow, but eventually she WILL find out!

She doesn't like it when you hang out in bad neighborhoods.

Adam Steele was laughing at me on Twitter, for always calling Google a she so when I posted a link to this thread thought I'd tie up my other posts on the subject, including David's cute poll!

I think this might turn out to be one of the great debates of the century.

Blimey Colan, I hardly like to ask if you are married