Over the last 4 days I've been getting an influx of fake negative reviews and have no idea who it may be or even how to stop it. I've sent reports to google and i will attach the reports in the post.

I feel as if this may be a competitor but not completely sure. The first day on 9/15/2022 we got 17 negative 1 star reviews and most of them didn't even pertain to my business and some were removed. However there are still 5 or so left over and now we've received about another 3 negative 1 star reviews since then. I did however happen to find the other businesses they're reviewing across the world and i got ahold of some of the companies and told them "hey i know you're buying fake reviews but i need to know who you're buying them from". About 1 day later whoever was doing this locked their google accounts so i couldn't see who they're leaving reviews for. They were leaving me negatives but leaving positive reviews for businesses in Canada/Dubai.

How do i stop this and make sure everyone of these negative reviews gets removed?

We got one negative review this morning on 9/18/2022 around 10:15am named "Elon musk"... How can google not detect this? However the reviews are locked so we cant see where else they're leaving reviews.

Here's the review names as of today that need to be removed.

Please someone help me get this figured out, i would REALLY appreciate this.... been going on 4 days now and i have no idea when its going to stop. 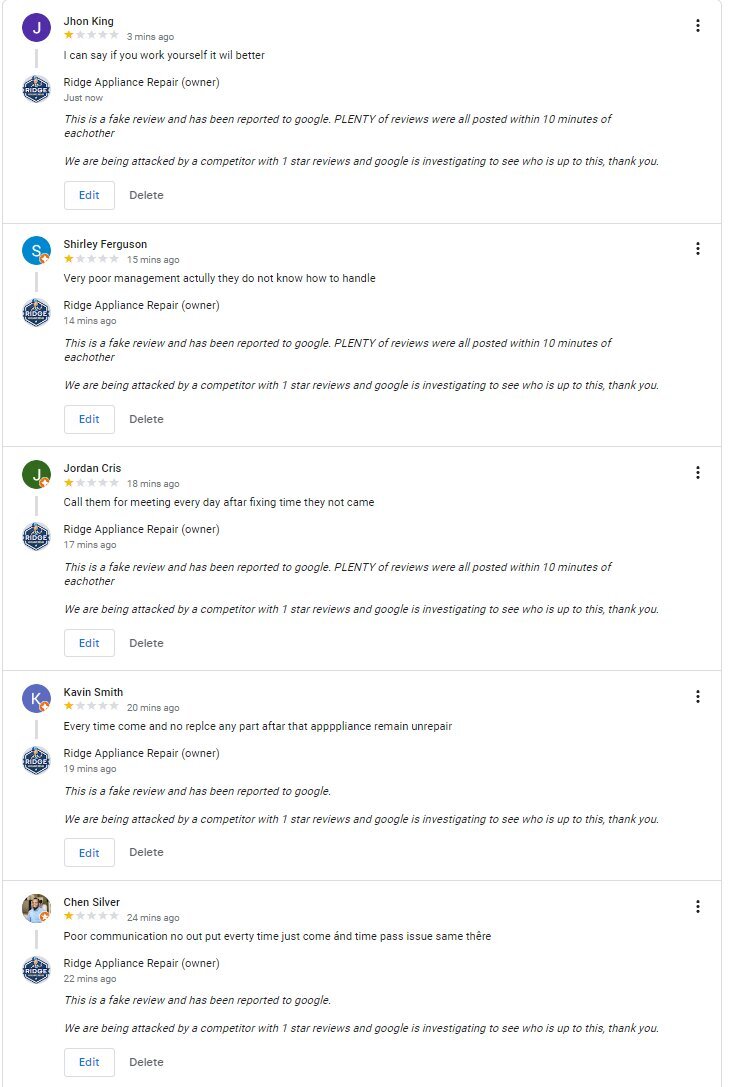 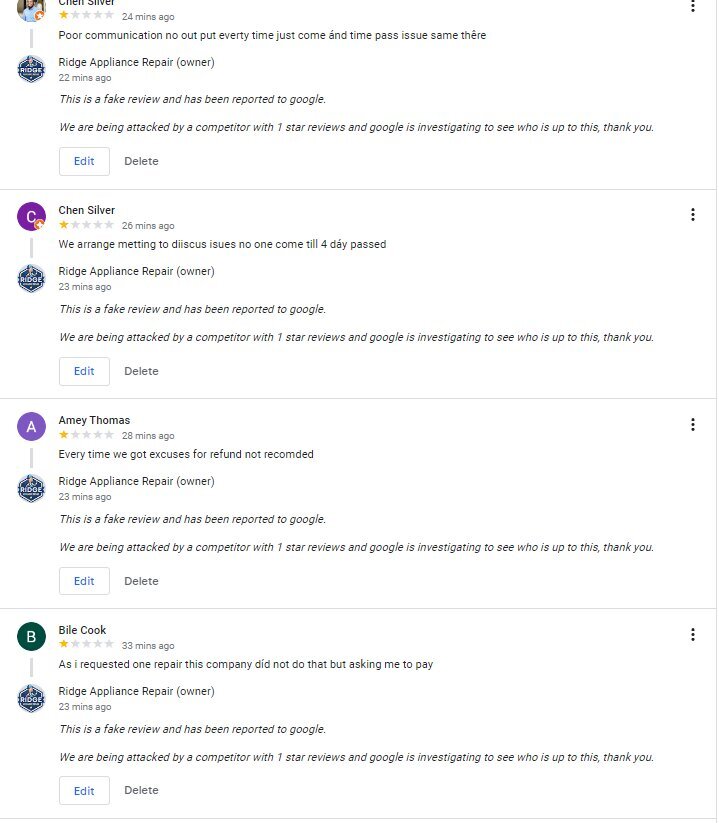 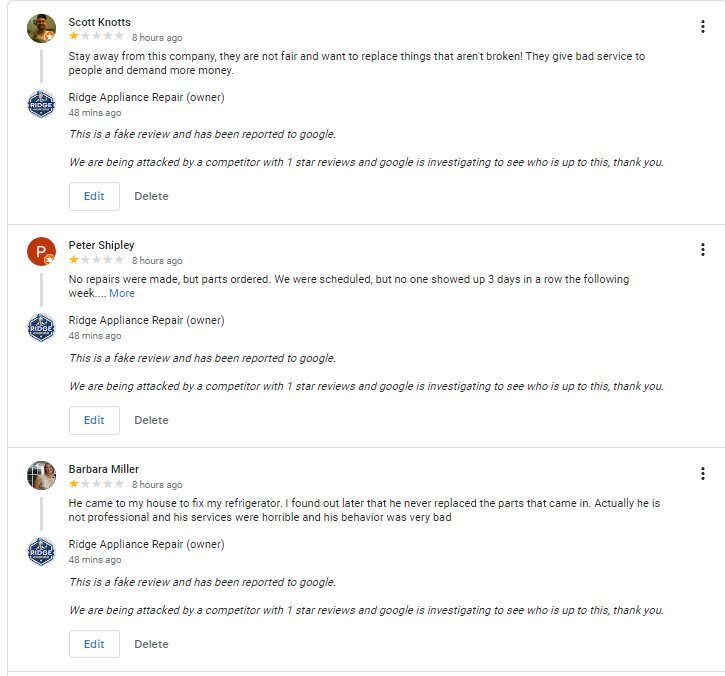 ALSO A LOT OF THESE REVIEWS ARE POSTED SAME DAY AND SOME EVEN WITHIN 4-5 MINUTES OF EACHOTHER.
Upvote 0 Downvote

D
Have anyone had any experience working with this review remover company?