How to be in the local one box?

Hey guys, I`m new in the GMB and in the universe of the Local Search and I've some doubts ..

I've some pages in GMB and one day, instead of google show the local pack, it showed the local one box. I tried to google why does this happen, but I couldn't find a concrete answer. So, that's the first doubt.

The second is: I changed the main category and added sub categories and after I did it, the sessions dropped. Are these things related? If you make a change on your page, google will drop your ranking?

The third is: does high quality photos influence on the ranking in the local pack?

What do you mean by local one box? Do you mean something like this? 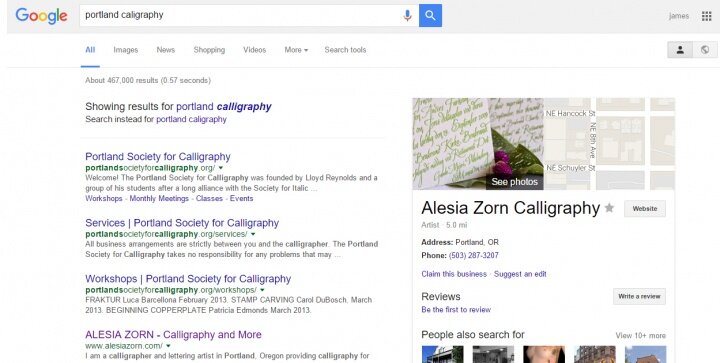 What you're seeing there, is usually called the knowledge panel. Usually the knowledge panel seems to pop up when Google either thinks the query is a brand search, or sometimes if there's no competition that's ranking well, it seems like they'll show it then too. I helped someone maybe 9 months ago that had a competitor that was showing up in that knowledge panel, and she wanted to know what she could do about that. We did other stuff too, but she knocked her competition off back into the 3 pack with her when all we'd done so far was verify and do a little optimizing on her GMB profile.

If you're showing that way for certain keywords, my guess is your business name is probably somewhat similar to those keywords you're showing for, and that you probably don't have steep competition in your city/industry for those keywords in the first place... or those are keywords that Google doesn't always show a 3 pack for in most cities anyway.

Making changes on your GMB profile can definitely cause a drop in rankings, especially if it's the wrong one. Google recommends using 'the minimum number of categories to fully describe your business'. Take a look at your competition, see what the ones ranking highly in high competition cities are using. I usually see 2~3 categories for most high ranking profiles in the industries that I keep an eye on at least, very rarely 4 or 5, and often just 1.

One of the map maker pros will need to weigh in on this, but in my novice understanding at least... it seems like changes to your profile will sometimes trigger a manual review in map maker, one of the volunteers will see it and 'okay' it. I don't know if just changing categories will do that, but if it does, there's maybe a chance that your profile had a problem with it that no one noticed, and then changing the categories called attention to your profile, and another issue was found? Not sure, but I suppose that's something I should get a better sense of.

Photos help ranking (as in, you should have photos) and high quality photos can help conversion (get more clicks and calls). As far as I know, that's about the extent of it. Seems like 5 photos is a good minimum to shoot for, 10 if you have them. Google will show two pictures by the way in the knowledge panel... a 'main' picture (not a logo) and an exterior building shot. Nice if you have both showing.

Agreed, any changes in the GMB can impact rankings. Categories especially.
A

lionandtheram, thank you so much for the help! I've read in some places that this knowledge box, for local, is called local one box, but that's what I meant.

That happened with a competitor of mine, but for the keywords that we rank, there are other competitors and google just show one of them in this knowledge box.

One last thing .. If there are a lot of pages for one type of business and there are lot of categories to use, google will prefere to rank in the local pack the ones that has different categories?

@lionandtheram covered most of what trigger a Knowledge box for local search. The way I understand this Knowledge box is similar to election results.

Let's assume your business is in a metro area with many competitors. Most local search phrases will show a Local Pack with 3 most relevant listings - think of these as front runners in your particular area. However, when there's a clear winner (as in more than 50% of the votes) Google will show the Knowledge box.

From my limited experience, Google uses content from GMB reviews to differentiate a clear winner in a competitive market.
A

the local google box is way way different than organic serps. its possible that organic serps play some sort of factor in the algorithm, but a bigger factor is the google account of the person who's searching and the location of where they are searching from.

Alot of factors within there search history and tendencies are also probably a factor right now and will be even moreso in the future.

The amount of good reviews on google and yelp also seem to play little importance in the rankings at this point in time. Perceived location of the searcher is without a doubt the largest factor determining what businesses pop up.

The local search google box is much much more mysterious and hard to put a finger on than the organic serps.
A

Thank you so much for the help! I was very useful!

Don't forget about adding yourself to wikidata! Make it easy for google to make those knowledge graph connections.
A

@chadkimball I don't understand .. what do you mean by saying adding myself to wikidata?

@chadkimball Cool .. I didn't know that. But how do I do add myself to wikidata?

chadkimball said:
wikidata impacts the knowledge panel display and will probably only impact it more and more as time goes on
Click to expand...

Freebase used to be one of Google's main sources of data. But Freebase transferred all the their data to Wikidata and closed down.

<a href="http://searchengineland.com/leveraging-wikidata-gain-google-knowledge-graph-result-219706">Leveraging Wikidata To Gain A Google Knowledge Graph Result</a>

In our members area we have a whole training on this, but this is the basic link for adding a new item. I'd do some research to make sure you're doing it properly:

https://www.wikidata.org/wiki/Special:NewItem
You must log in or register to reply here.

Show ad in local 3 pack, as much as possible, outside your own city/village