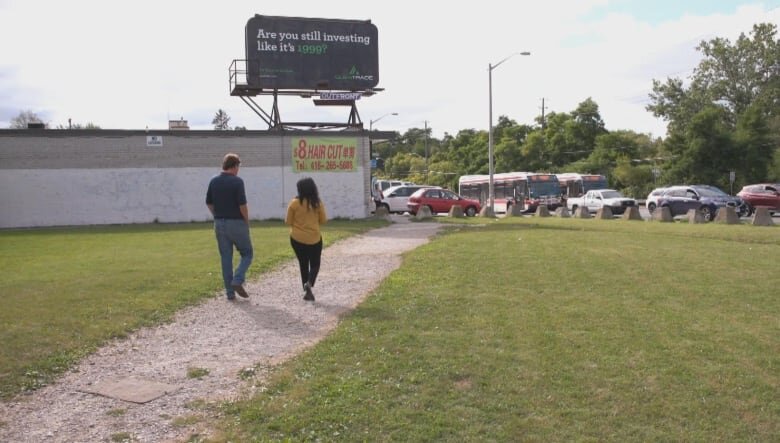 This empty lot was what Gehrels and Marketplace found when they visited the address for Birchmount Locksmith listed on Google Maps. (David MacIntosh/CBC)

The website of the Better Business Bureau (BBB) lists Locksmith Experts with an F rating and 11 complaints. It warns of a pattern of unresolved complaints against the company. On Yelp, the company has nine negative reviews; and Marketplace producers spoke with several dissatisfied customers who complained of unexpectedly high bills and, at times, shoddy workmanship. ....

[Regarding] those fake listings, Gur said his company didn't create them, adding "we do however accept subcontracted service requests from a number of other locksmiths for whom we are not responsible."

More than 80 fake locations in GTA alone
Marketplace's investigation shows that in the Greater Toronto Area, fake locksmith locations are flooding the market on Google Maps, so that when people search for a locksmith, it looks like there's one nearby.

After weeks of research, more than 80 locksmith locations in the Greater Toronto area were uncovered as fake. At those addresses, Marketplace found vacant lots, pharmacies, retail stores, shopping malls and even a country club.

While turning to Google makes searching for a neighbourhood locksmith seem easier than ever, Marketplace's attempts to link these seemingly independent businesses were mostly analog.

Marketplace called up dozens of locksmiths in the GTA that we found were not actually at the address listed and were using what appeared to be fake five-star reviews, including Certified Locksmith Etobicoke, Pape Locksmith and East York Locksmith Experts.

All of the fake locations answered the phone the same way: "Service, how can I help you?" We were also given the same price quote by almost every one: $29 for the service call, and $45 and up for the rest. 21 of the fake locations we called told us they were linked with FC Locksmith. FC Locksmith claims to be "one of the best locksmith companies in Toronto", and their website mentions branches all over Toronto, the GTA and Southern Ontario, as well as in Ottawa and Calgary.

However, FC Locksmith does not appear to use its company name in Google Maps location listings. ....

Tracking down the fake reviews
FC Locksmith is well-rated on Google Maps, with dozens of five-star reviews. But with some digging, it appears most of them are fake.

A five-star Google review by a Denver Cothron reads: "I got locked out of my car the other day, so I called in for 24-hour locksmith services. They responded right away and solved the problem." The problem is that the man smiling in the reviewer's profile picture is actually Toronto lawyer Ian Roland. "The picture's me, but nothing else is — and I have no idea how they got it," said Roland. .... Some of the other images attached to the fake Google reviews are photos of real-life professors, doctors and real estate agents — but with different names. A five-star review by someone named Dalton Fincher is actually an image of U.S. astronaut Clayton Anderson on the space shuttle Discovery. ....

The widespread use of fake locations by some locksmith companies came as no surprise to Mike Blumenthal, a U.S. search engine consultant and Google Maps local search expert.

"It's profitable and there's no real enforcement," he said. Blumenthal said fraudulent listings have been an ongoing issue for Google, particularly when it comes to local searches. The problem is more prevalent in some home services, such as locksmiths, appliance repair and garage door repairs, he said, suggesting as many as 85 per cent of local Google home services listings could be fake. "[People] call the locksmith on Google because they trust Google," said Blumenthal. "Legitimate businesses can't compete because a business that has collective resources to spam Google pushes them out."

Fake listings erode consumer trust in how to find a good local business — and in the online marketplace generally, Blumenthal said. And when things go wrong, it can make it hard for consumers to find those accountable. ....

Whoever is posting fake reviews may be in violation of Canada's Competition Act, the federal law that governs most business conduct in this country. The Competition Bureau tells Marketplace that "anyone who produces, sells or distributes fake endorsements or reviews could be liable under the [Competition] Act." ....

Blumenthal questioned whether businesses that are willing to cheat on their listings and reviews are also willing "to cheat at who they send out to repair. They could be sending people into your home that are not qualified to be there or shouldn't be there because of background issues," he said. ....

All of the fake locations uncovered in our investigation have since been removed.
Click to expand...

Read it this morning too. I think that´s not a big surprise as there are probably a few more to uncover I guess. It´s about time for Google to tidy up a bit.

Yes. Increased negative publicity and public awareness in the popular press can't hurt. Anything that decreases consumer confidence in Google and Google product credibility may help them to get off their butts. Will the problem of fake listings and reviews destroy trust in major platforms?

In 2012, Yelp initiated a program called “consumer alerts.” Its objective was to notify consumers about “brazen attempts to manipulate ratings and reviews – either by purchasing/incentivizing people for reviews, writing a bunch of reviews from the same IP address . . . acquiring reviews from a deceptive review ring, or threatening reviewers with legal action.”

Yelp reviews for sale by geography 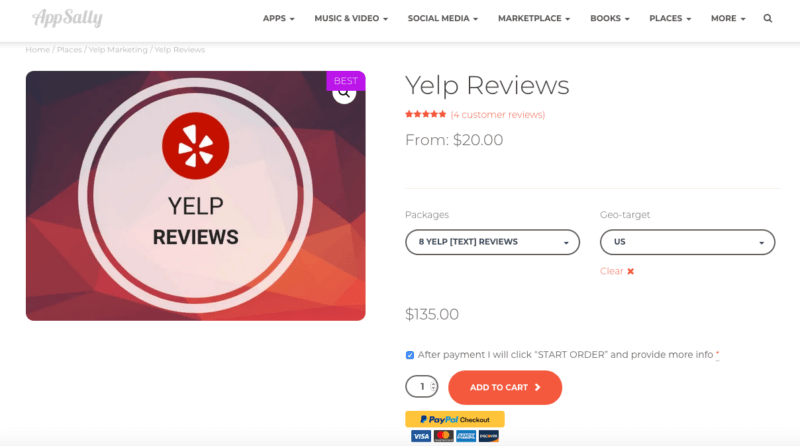 Now the company is stepping up efforts to stop “review rings,” which have become something of a cottage industry online. For example, the search query “where can I buy Yelp five star reviews?” lead me to Quora and in turn to AppSally, which is openly selling Yelp reviews (graphic above).

‘Suspicious review activity.’ Yelp is now introducing a new category of consumer alerts intended to flag businesses “that may have received reviews from deceptive review rings.” The company says that it closed “more than 400 user accounts associated with one vast review ring we recently uncovered.” 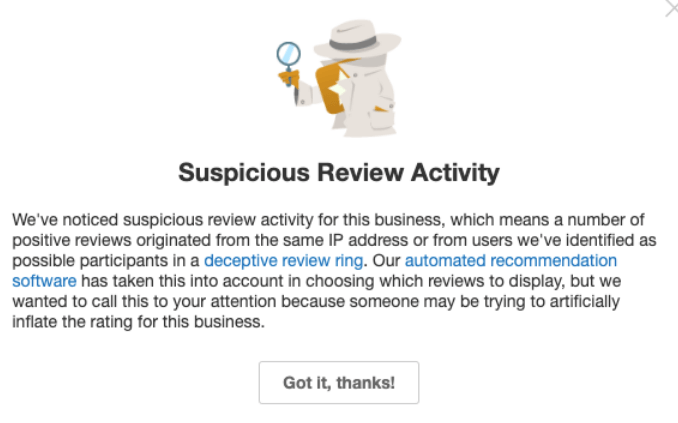 Yelp explained that it engaged a third party to “evaluate the fraudulent review landscape for Yelp,” which apparently included trying to buy fake reviews. This analysis reportedly found:
A Yelp spokesperson asserted in an email to me that as fraud has been prosecuted on its platform, fake review vendors continue to operate and publish “on other platforms” (read: Google). For its part, TripAdvisor reported recently that it blocked or removed nearly 1.5 million fake reviews in 2018.
Click to expand...

Tim# said:
Read it this morning too. I think that´s not a big surprise as there are probably a few more to uncover I guess. It´s about time for Google to tidy up a bit.
Click to expand...

I think so too....but lets see how it go...
You must log in or register to reply here.

T
Is this against the rules on GMB?