With the big shake up last week over local results SEO's need to start thinking about how they can optimize for these new results.


CLICK STUDY: THE NEW 3 PACK & WHERE USERS ARE CLICKING

With all of these changes to local listings and so many more variables we decided to conduct a click test study to find out where potential website visitors are going to be clicking now. Will users even click the local result box? If so, where in the box will they click?

To start getting some data in about how this will affect user behavior we ran a click test study where we recorded 200 different responses from a test audience. This data acts as a gateway to future, more sophisticated studies we will be doing on this.
Click to expand...

Head over to The Juris Digital Blog to read more.

What are your thoughts?

Just read it. Very interesting. Can't wait to see more results in the near future.

I'm not surprised organic got more clicks. But in that one example organic was on top too.
Wonder what happens in cases where the Local Stack is on top?

And I totally agree with your summary about where to focus your optimization efforts now!

Thanks so much for sharing here and at the Pro Community, Casey.

I was interested to see the examples of the actual listings as they are displayed in Google.

Down here we are seeing a slightly different display in the local listings and this is what I'm seeing for a listing that impacts several of our clients. 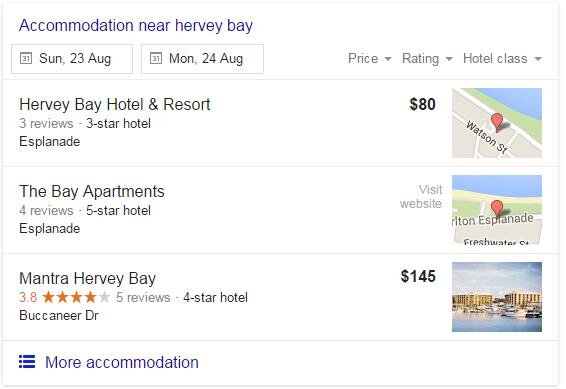 Hi Stuart, that's what we call a "Snack Pack".

Food and lodging listings have been like that for some time now. 3 pack with those specific features and that type of display.

What's new is that all local industries now have three pack but industries outside of food, lodging and entertainment have this new style display that's slightly different. So search in your area for City Dentist or City Plumber and I think you'll see the new style we are talking about, because it went worldwide as soon as it was released into the wild.

We've been calling this new style that is not a Snack Pack a "Local Stack" or at least some are. We've been trying to standardize on a name.
M

This is very interesting. Thanks for sharing! I am particularly interested in seeing if Google changes the Location Insights reporting in the GMB dashboard. How will they attribute the additional clicks that are required to access the address and phone number information. Will those be considered "profile views"? I can't wait to dig into the numbers

Very nice Casey! I am seeing a lot of these packs have a full page ads above the fold on mobile before map below the fold. Cool to see strong percentage click on "more" local listings. Organic not surprising. High ppc clicks also not surprising with ads dominating above the fold.

Casey, that's a really interesting test. It would be great if we could compare results with a previous case study - I am especially interested in the rise of the paid ads CTR, which according to your survey amounts to 29%.

I took the liberty to compare those figures to the past year's study conducted by Mediative. It noted a CTR on ads of only 4.2%.

The increased number of right sidebar ads above the fold along along with the minimized non-commercial content above the fold due to the inserted map in SERPs, must be the key factors triggering this harsh redistribution of the online user's attention.

Here is another study from Nifty Marketing with more heat maps and great data.

Thanks for sharing the results. Would you have any data on whether the respondents would click on the "MORE" menu on the 3 pack. My take is that they wouldn't but I'm curious to see how many people would. Given the lack of address and phone I'm wondering if people would actually click through to get that information.

Casey just did a little more comprehensive post about this at MOZ.

Head over to see if you can pick up any new intel!

<a href="https://moz.com/blog/the-new-snack-pack-where-users-clicking-how-you-can-win">The New Snack Pack: Where Users are Clicking & How You Can Win</a>
D

I don't know if you are still following this Casey, but the example of an organic listing above the Pack, which you portrayed for Bay Area Employment Lawyer....no longer has the url and link above the pack. That same site is now below the pack.

I mention this as I was looking at the rankings and relative strength of some of our sites...and I think we could push above the pack...with some more web strength.

Then I started to scan across search terms. I'm not seeing organic sites above the pack.

Is anyone seeing them???? On what phrases?? Could it be that google has pushed those sites down below the pack???

I guess I've got to do a lot more searching and/or google doesn't want organics above the pack.

When the new 3 pack rolled out I saw plenty examples of 1 organic listing above the 3 pack. I'm not seeing those anymore. Might be an algorithm tweak. Is anyone seeing a 1 spot organic over the new 3 pack?

Thanks Dave and Chris, good observation!

I just checked the packs I watch and they are all Ad, Ad, Ad, 3 Pack, then organic below.

I suspect moving that organic spot out of the way was yet one more small step toward the paid pack.

I think soon it will be: Ad, Ad, Ad then Local Ads Box with 3 local listings something like this: 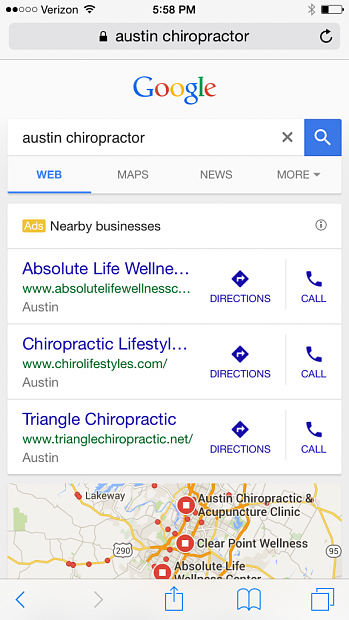 ​
Image by Kyle Sanders in this thread:
<a href="http://www.localsearchforum.com/google-local/35942-google-testing-100%25-pay-play-nearby-local-business-ads-top-serps.html">Google Testing 100% Pay-To-Play Nearby Local Business Ads At Top of SERPs</a>

Think that's where it's all headed. They don't have to mark each one with AD, like they do with Adwords, just mark the 3 pack box with the word AD once.

If query is Dentist it will be an ad pack that says "Dentists Nearby".
If the query is Dallas Dentist the ad pack will say "Dentists near Dallas".

That's where I think we are going, little step by little step, so it's not too much shock and there is not as much backlash. Because it's little gradual steps instead of one big jarring change.

I haven't noticed the Unresponded Reviews metric on GMB profile before. Is this new or just new to me?

I noticed that a week or two ago Chris. I believe it's fairly new.

Sent from my Nexus 6 using Tapatalk
You must log in or register to reply here.

J
Best practice for "near me" optimization for GMB & Organic?