Checking to see if anyone can help me interpret a drop in "Good URLs' and "Impressions" in the Search Console.

I've attached two images. One is the chart. The other is the little "1" symbol alerting that an update was made on May 13th.

The way I'm reading the text is that we may see an increase in impressions in other areas of the Search Console, but it doesn't say that we would see a drop in the normal chart. Am I interpreting Google's words correctly or does someone have some insight? Also, is anyone else seeing a dramatic drop on May 13th time frame? The web development team swears they didn't make any changes to code on the site, so just trying to find why there's such a dramatic shift. 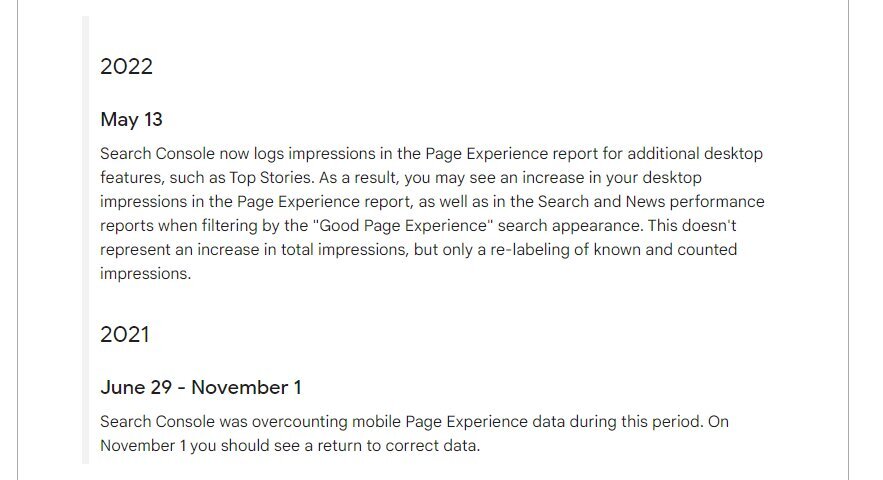 Sort by date Sort by votes

@Conor Treacy Hmmm.... what does the note from Google say?
Upvote 0 Downvote

Justin Mosebach said:
@Conor Treacy Hmmm.... what does the note from Google say?
Click to expand...

I'm interpreting that to mean that you might see a bump in the Page Experience report for desktop, but not necessarily a drop in "Good URLs" (My subject line in the thread says "Google URLs" and should say "Good URLs")

It seems they had a drop of 95% of all URLs that were previously flagged as "Good URLs" to now only 4.7% of them are marked as GOOD.

Looking at their experience report, the LCP does show a wait time of nearly 3 seconds on mobile, however, it's shown that since before April. That's the only thing in the Page Experience section itself that looked like a contributing factor, unless Google has made that an even stronger indicator of problems as of the May 13th update.
Upvote 0 Downvote

I'd check a few places in GSC: 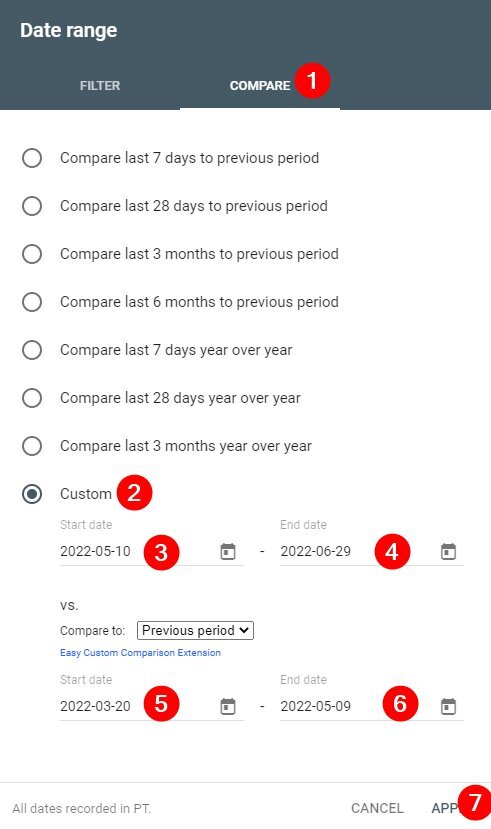 That's a great extension and something that should be built into the console in the first place. I've downloaded and added it. Thanks for the link!

So it looks like there may be some issues with the Canonical URL. It seems that the URL they're telling Google is being ignored, and Google is choosing a different one. Why it's showing %20 spaced versions as the suggested URL is a different issue, but looks like this could be some of the issue.

Nothing on the manual or security end of things, so that's good.

It looks like they also got hit on the Core Web Vitals area with CLS and LCP being rated Poor or Need Improvement for over 1,000 URLs.

I'm still not 100% convinced that the developers didn't update something and not tell us. They don't like to communicate with the owners of the company, or us as SEOs as we seem to constantly be calling them out for things not done, which is why we were hired, Schema, JSON, Excessive CSS, mobile layout, conversion, etc etc.

Thanks for letting me talk this through, I think I have a good direction to start again. It certainly seems to be more site specific than widespread to others.

Upvote 1 Downvote
You must log in or register to reply here.

Not Seeing Optimized Meta Tags in Shopify or Google SERPs