Is a Paid Listing a Citation?

Does Google consider 'sponsored listings' or 'paid listings' as a citation? Are they treated differently, less trusted, more trusted, ignored?

Here are a few examples of the types of 'sponsored' or 'paid' results I'm talking about. 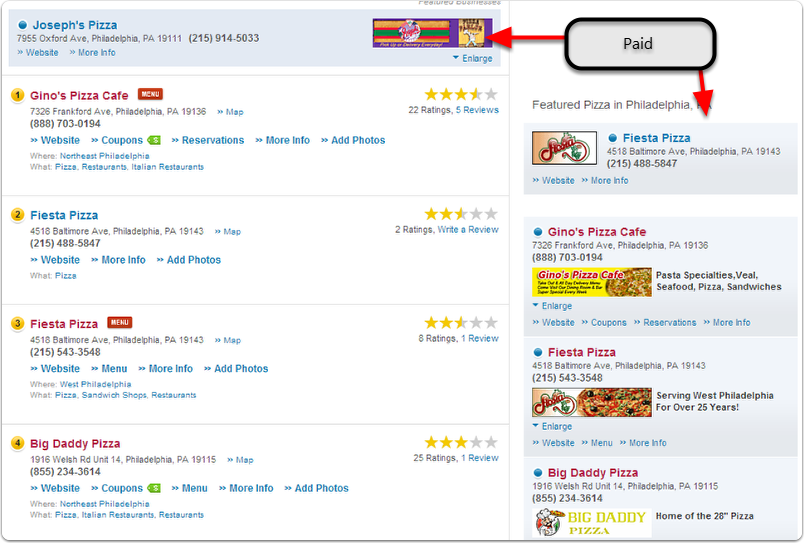 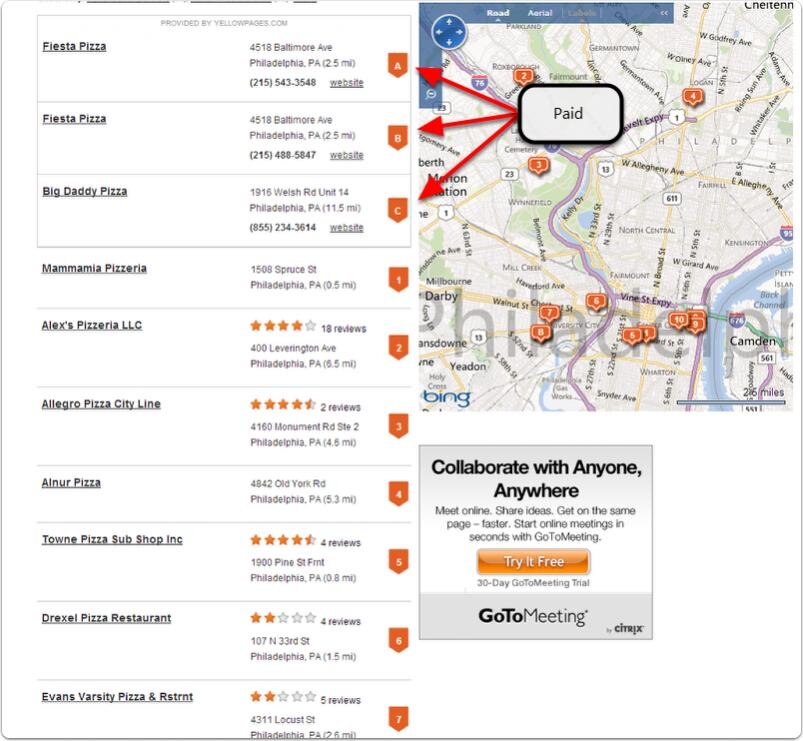 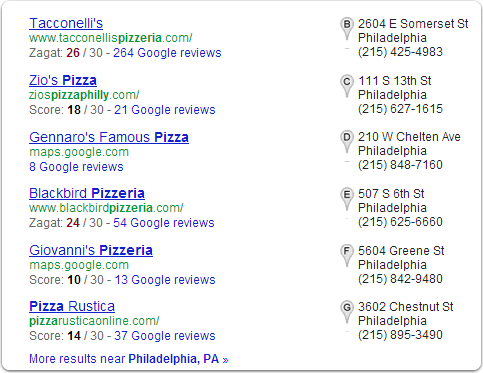 Look at where those paid listings came from - YP, whitepages, google+ Local. Even if you pay to be a "premium listing" on a directory site, you're still getting your NAP info out there. Whether there is good ROI from your investment is another question entirely. Personally I don't see the value in a YP paid listing, since the cost per month is potentially much higher than any revenue you would actually gain... but that's a discussion for another thread.
Last edited by a moderator: Jan 25, 2013

Thanks for posting a great question localsearchguy!

The answer is probably no one but Google knows with absolute certainty.

BUT I would think as long as the NAP data is there, she'd count it as a citation.
So I'm with Eric on this.

What do you guys think?

I think it definitely counts.

If you look at the paid distribution model on sites like citysearch, they'll seed your listing to their partner network (250+ IYPs). I confirmed this with them - once you stop paying for the ads, your listings will remain.

My thoughts are NAP = NAP so it would be hard to "descriminate" just because it is paid. But as stated previously only Google really knows.

Scott Dodge said:
If you look at the paid distribution model on sites like citysearch, they'll seed your listing to their partner network (250+ IYPs). I confirmed this with them - once you stop paying for the ads, your listings will remain.

If it contains the NAP then in my book it is a citation and counted. But for me I don't think the ROI is worth it. At least not with the businesses I have worked on.

Ya those paid citations would need to be pulling in new leads for the ROI to work.

If you are just doing it to build citations for Google would not be worth it IMO.

Since most money KWs pull blended and since increasing citations does not usually boost ranking since IMO blended ranking is 90% organic ranking factors. Maybe would be worth it for a brand new business with no citations as a way to get them out there quickly. But for a mature business that already has a good base of citations getting more does not necessarily move the needle in blended I don't think.

I agree with everyone here in saying that the first probably count as citations - that there's no way to know for sure, but probably.

But the second group definitely counts as citations. One Local Citation Finder scan will tell you that, as will just Googling a phone number. Many industry-specific and city-specific directories offer pay-to-play listings. They're not ads as such, because in most cases on these sites there's no distinction between the free, "open" directory listings and the paid ones: if you want to be listed on the site, you've got to pay.

As everyone here has said (with whom I agree), this begs the question: are these paid-listing sites worth it? I'd say it just depends (surprise, surprise). In really competitive markets where it is TOUGH to get into the local top-7 but very profitable to do say, you may need to do everything you can to pull ahead. Especially if you find that most of your top-ranking competitors seem to be listed on this one paid-directory site, you may want to think hard about it.

So generally the stone I'd turn over in terms of "paid" citations isn't YP-style ads (too damn expensive), but rather industry- or city-specific directories that don't cost an arm and a leg and your soul, but that seem to pop up again and again in the citations profiles of any competitors that rank above you.

I'm voting for paid citations not counting, or at least not counting as much as organic. Paid Local Listings As Citations?

localsearchguy what app did you use to create that presentation?
Awesome!

localsearchguy said:
I'm voting for paid citations not counting, or at least not counting as much as organic. Paid Local Listings As Citations?
Click to expand...

Not as much as organic, perhaps. But that's a separate question from the original one: the question was are they citations (they are). Beyond that, I'd agree that they generally wouldn't pack as much punch as non-paid/organic citations, but it's still going depend on the particular local market.

I'm guessing Prezi, but I'm not sure

Thanks Phil, Prezi looks really cool. Had not looked at that one before.

Looking at his source code I think it might be Clarify-it which looks REALLY cool and which I had not seen til now either. I might have to check it out. Looks like it would come in handy for me when trying to explain how to do certain things. Show em instead of writing a book and killing my carpal!

If I were to look at the "value" of paid vs. free from the consumer's perspective, the paid listing is more valuable to me, because I know the business paid for the listing and is thereby more certain to be accurate.

The free listings in our Yellow Page directories are supplied by Acxiom and, sadly, are often wrong. We get calls all the time from non-advertisers requesting we correct their free listing.

Since Google is all about accurate data, you'd think they'd give as much (if not more) value to a paid listing. Isn't it just as much "owner-verified" as a claimed Places page?

What you say makes perfect sense, and I think often it's the case: Google does seem to "trust" many paid directories. It really just depends on which directory, though. I think anyone who says paid directories are always or never beneficial to rankings is full of phooey.

I used reveal.js to make the presentation - reveal.js - The HTML Presentation Framework But I also do use A brand new approach to screenshot software |?Clarify-it for screenshots, good sleuthing...

I'm not convinced that Google 'trusts' paid listings. They're just too easy to manipulate with tracking numbers or fake listings. We've all seen Google step up the spam prevention policies and it seems logical that this would be in the crosshairs.

Paid vs Free listings, which does Google trust more? The sources of data with the better Quality Control (paid or free). Money doesn't equal quality as Google will take Ad Words money from people whose listings they delete off the Map for 'Spam/Abuse' ;-)

Andrew Sawyer said:
Paid vs Free listings, which does Google trust more? The sources of data with the better Quality Control (paid or free). Money doesn't equal quality as Google will take Ad Words money from people whose listings they delete off the Map for 'Spam/Abuse' ;-)
Click to expand...

Andrew Sawyer said:
Paid vs Free listings, which does Google trust more? The sources of data with the better Quality Control (paid or free). Money doesn't equal quality as Google will take Ad Words money from people whose listings they delete off the Map for 'Spam/Abuse' ;-)
Click to expand...

Exactly what I was trying to say with ~20 slide, but in 3 sentences...
You must log in or register to reply here.

Jun 7, 2022
Learning2Day
L
C
Is it worth paying an indexing service to get unindexed citations, indexed?
2

What is your experience with clk.sh?