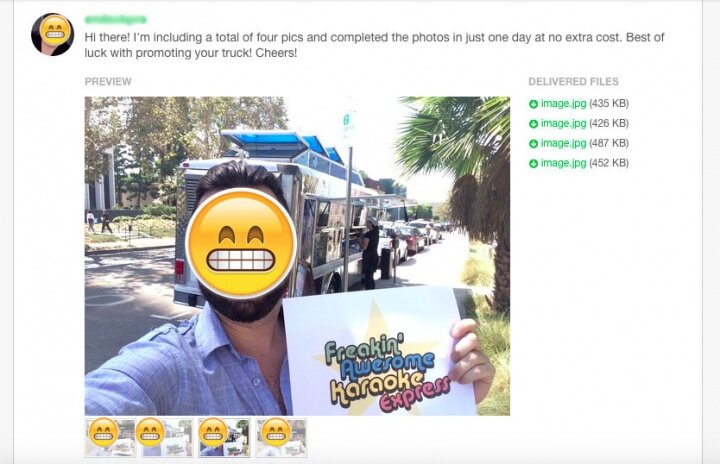 This is a very involved and well written tale of deceit. It's about a journalist who creates a company from the ground up, buys likes, fake reviews & builds it up to look like a reputable company. If you were looking for a DJ service you would think this company was real. There is just one problem. The company is fake.

It brings up the point that if a fake company can do this, how cheap and easy it is for real, but unscrupulous, SMBs to do it too.

Kashmir Hill, senior editor at Fusion.net documents all the things she did, where she bought various services and how much everything cost. It's a really good expose of the underbelly of ORM and how easy it is to buy a fake reputation. There are also some good industry stats about reviews.


<a href="http://fusion.net/story/191773/i-created-a-fake-business-and-fooled-thousands-of-people-into-thinking-it-was-real/">TRUST NO ONE - I created a fake business and bought it an amazing online reputation | Fusion</a>

If you live in the Bay Area and have looked for something special to spice up a birthday party, you might have discovered the Freakin? Awesome Karaoke Express, a truck that promises to deliver an unbelievable selection of songs to your doorstep. You might have seen a review on Yelp that said it?s perfect for a girl?s night out or a Facebook review that mentioned it being a crowd-pleaser at a neighborhood block party. You may have been impressed by its 19,000 Twitter followers, and considered hiring this mobile song-slinging truck to drive up to your next outdoor shindig.

What you probably didn?t realize was that there is no such thing as the Freakin? Awesome Karaoke Express (or F.A.K.E., for short). I made it up and paid strangers to pump up its online footprint to make it seem real. I didn?t do it to scam anyone or even for the LULZ. I wanted to see firsthand how the fake reputation economy operates. The investigation led me to an online marketplace where a good reputation comes cheap.

Above is just a partial snippet, click through to read the rest. It's a long story but worth a look.

The other point I guess is that stories like this cause consumers be even more suspicious of reviews. All the more reason to make sure your reviews are authentic and totally legit. Consumers are getting savvy and get smell fakes a mile away.

Amazing what you can do with these people. Moral of the story - just don't do it. It's not worth it. Consumers are smarter than you think.

This is probably why MapMaker is so strict on what places you can use to cite why you think a change to a business listing should be made. You can't use sources like Yelp or Facebook because they aren't trustworthy, unfortunately.

And who else can I quote but Doc Holliday: "Why should I obtain by force that which I can obtain by cheating?"
You must log in or register to reply here.

Competitor With a History of Black Hat Methods

Thanks to The Transparency Company for Their LocalU Advanced Gold Sponsorship!

D
How do referral rings make listings at fake addresses?