Yelp just cost me a client

One of my oldest clients was a gym owner. I got him from obscurity to #3 in our market (across engines) in the first 3 months, now he sits at #1. He grew and grew and grew thanks to local search, then he had to buy another location in a bigger market, and I grew that location to #1, too. Last November he suspended my monthly service to limit liabilities so he could sell his business, not a problem. We've had a working relationship for years, he took a chance on me and we both profited.

Plus he told me I could re-sign with the new owner. No problem. Right?

Well after 3 months of "just hold on" "cant do it right now" "I have to drop $36k for new AC units", and him still getting the benefit of being #1 on the rankings, things have changed.

I got an email from yelp claiming the someone with the owners name is requesting ownership of the yelp listing. So I tell yelp "let me verify with him that its his email address and we can add him or transfer ownership" idgaf.

So I go see him this morning and he blows up when I mention the word yelp. Apparently he was working yesterday and the yelp reps harassed him, calling him 4 times in under 30 mins. They wouldnt let him off the phone, when he hung up they'd call right back, lol. So he had some choice words about yelp and online marketing. And I tried showing him the views/actions from Google and Yelp and prominence of the rankings, but he wouldnt even look.

Nor would he care. He told me "all these listing produce no memberships, only headaches, take them down." "Exsqueeze me, baking soda?! Are you suuure?" "Yes, word of mouth ONLY from now on." "Google? Bing? Yelp?" "Yes all of em!" I tried explaining that this wont stop the phone calls...he didnt care.

Now I already know that they have fairly thin margins so this is basically suicide.

So per owner request, Im suspending the listing. This comedy is worth the lost revenue imo. Worst part is when this turd goes under in 6 months I need to find a new gym. ROFL. 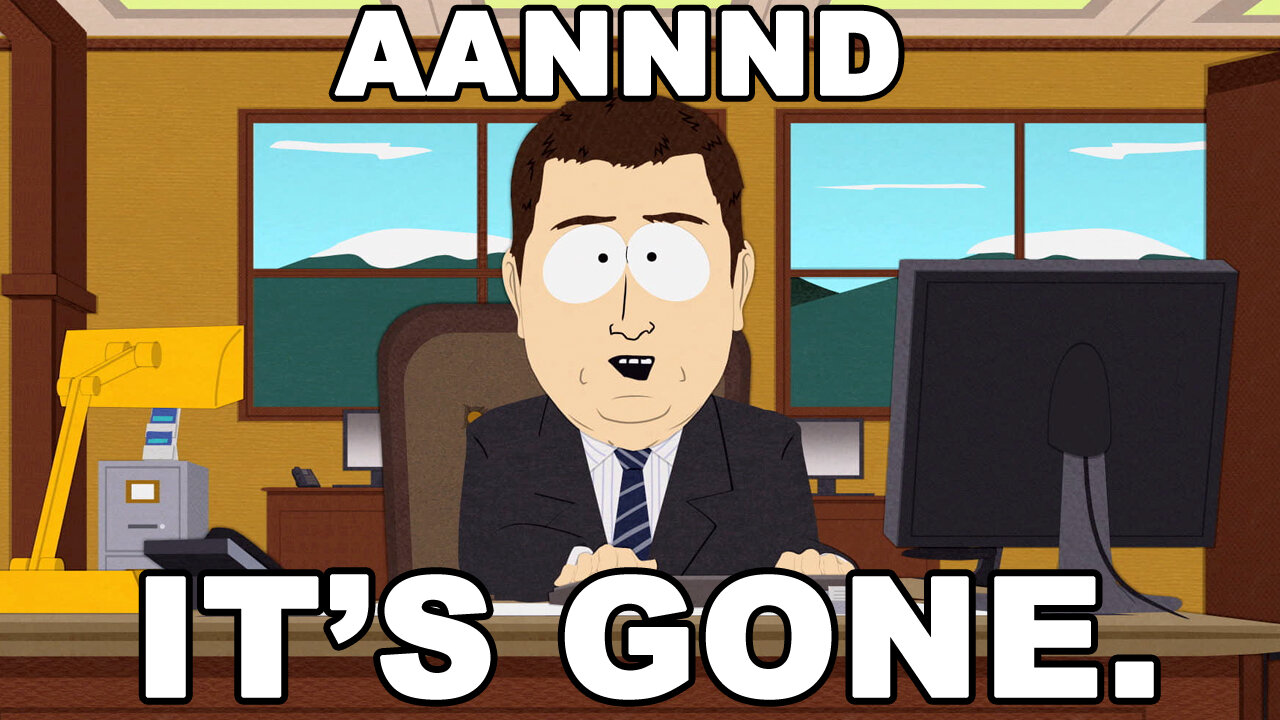 But did you learn anything from this rat's nest?

"So per owner request, Im suspending the listing."

Are you talking about the Google+ Local listing? Because suspending the listing won't pull it out of search. And Google won't delete it.
M

For clarification its the new owner who is being stupid.


heckler said:
But did you learn anything from this rat's nest?
Click to expand...

I wish there was a lesson here.

One of the reasons Im not tore up about losing $---- in revenue is that I have slipped into a goldmine, and this gym is chickenfeed by comparison.

The guy that I had a business relationship has moved on; this new owner is no different than the daily rejection I got when I was going door-to-door when I first started. Well the difference is, Im getting a hell of a laugh it all.

I always felt sorry for businesses I approached who needed my help, but they said no, then they closed down by the end of the year. (I felt that was my inability to articulate the service and it cost owners bankruptcy).

But this guy I feel less guilt because I know I built the business, I am responsible for no less than 25% of the active memberships and we are talking 6000 memberships between two gyms. Its not like I was asking for equity lol.

"So per owner request, Im suspending the listing."

Are you talking about the Google+ Local listing? Because suspending the listing won't pull it out of search. And Google won't delete it.
Click to expand...

Sorry for the inexact language, I deleted the listing. Im sure it'll take 48 hrs or w/e to fully disappear. But right now if you search for gyms in the market, its #1 but the image is a caution sign /!\, if you click to the google+ it gives you the error robot, page does not exist.

It won't be deleted from Google search though.

When you suspend in dash or delete in dash, then it just deletes from your account.

Then the listing will still be live but will be a blank ugly unverified page. That's why you get the broken image icon because it's deleted from the dash where the images were. And not sure about the G+ page of the page. I guess it would be deleted.

But the local business part of the listing - the old Place page part if you will, will stay live. It can even still rank and everything if it has the right ranking factors going for it.

Google won't delete a viable business listing. I've even helped businesses that threatened to sue, they wanted the listing gone so bad.

As long as it is listed on other directories and YPs Google considers it a public record and won't remove.
A

Wow, that is frustrating.

We have had a couple of client's we are running local campaigns for that have seen a boost in rankings and citations but couldn't see the value in continuing our service. Sometimes it is tough to try and articulate why they need this or that.

Generally I don't deal with our clients as I am on the fulfillment side.

It will be interesting to see what happens in a few months after his listings have been deleted/suspended. You will have to keep us updated.
M

As long as it is listed on other directories and YPs Google considers it a public record and won't remove.
Click to expand...

Well thats the trick aint it.

He says he wants to be off of everything. And since they are technically a private club, I will sanitize and scrub.


Im not usually a dick, but it is his wishes.

He's not the 1st SMB to rage about Yelp, won't be the last.

Oh shit. I just had an evil thought.

Change the business number on Yelp to his personal cell.

Should I? He says he doesnt believe in the power of Yelp...

He says he wants to be off of everything. And since they are technically a private club, I will sanitize and scrub.
Click to expand...

Well hope you are getting paid to do that and he knows, no guarantee.

Because Google is all-knowing, all-seeing and probably gets data from phone companies and business licenses and everything else. So hard to scrub deep enough to avoid her reach.

BUT if it's a private club then that may be a different matter. I was not aware it was private.

Should not have been listed at all then. If you scrub all citations and then report it as a private club, they may take it down.
M

Technically "all" gyms are private clubs. They require a membership. It allows them the means to regulate who comes in and does business and who doesnt. Think Sam's Club.

I also have a bar that is outside city limits, since the county doesnt allow the sale of liquor outside a municipal jurisdiction, this bar is technically a club with $0 membership, you just have to swipe your drivers license (this helps with the underage problem as well).

Ahhh I was reading private as in not public or not available to the public.
Sorry I misunderstood what you meant by private.

I don't see Sam's Club as private. It's very much a public business.
It's just a membership club. Guess it's perception and semantics.
T

I think yelp is way too aggressive with their marketing.

On another note, there are enough businesses who don't really need review websites as they attract a lot of customers who had a bad experience and it gives people control to destroy a business.

I also can imagine there comes a time when the business is growing so well by word of mouth that one can just stop online marketing almost altogether.

So you've been promoting what you now assert ia an inelegable business on Google and are now complaining and implying you'll publish private info all because he doesn't want your services? I know it's frustrating but taking he low road is not a laudible solution. Just walk away.

Andrew Sawyer said:
So you've been promoting what you now assert ia an inelegable business on Google and are now complaining and implying you'll publish private info all because he doesn't want your services? I know it's frustrating but taking he low road is not a laudible solution. Just walk away.
Click to expand...

Well put Andrew. Burning bridges is never a scalable solution (no matter how annoying and/or stupid the bridge).
You must log in or register to reply here.

C
Fake Review on behalf of a "friend"

M
Any options to increase business for Tailoring service?