Instant Articles were given a limited roll-out in 2015, but it wasn?t until a couple of months ago that Facebook released them globally. Here?s what an Instant Article looks like: 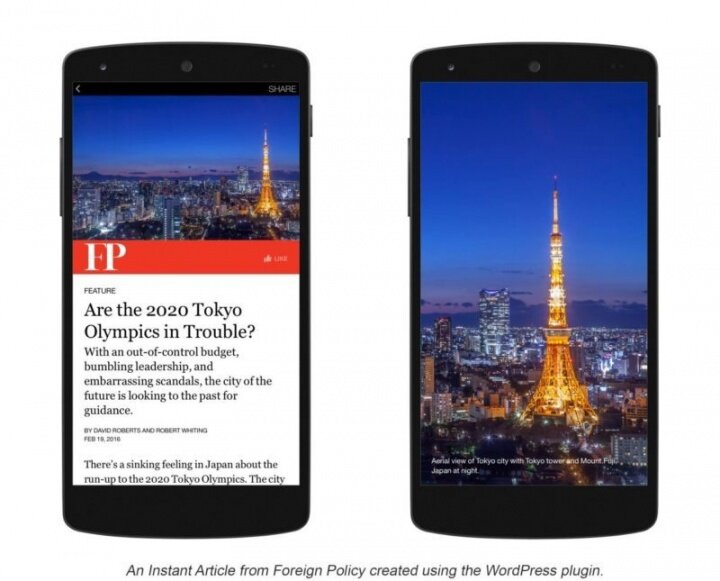 They?re designed to be super-optimized versions of your full posts. In fact, they?ve been shown to load up to 10 times faster on mobile devices. What?s that in real-world terms? Instant Articles load in between 0-300 ms. That?s fast. Your readers will love it.

To achieve these speeds, Instant Articles don?t load your full site. Instead, they load a stripped-down, minimalist version of your site. For this reason, Instant Articles might not be for everyone. But, giving up a little design control isn?t without its benefits. You get a much quicker loading post, and quick-loading pages give a much better user experience for mobile users.

You?re also allowed to keep your ads, though they can?t display above the fold, and Instant Articles are compatible with analytics software.

Facebook says they don?t directly promote Instant Articles within Facebook. But, given that Instant Articles provide a much better user experience, they will likely receive more natural engagement on mobile, which will indirectly lead to more visibility on Facebook. Ipso facto, more traffic and shares.
Click to expand...

Thanks to The Transparency Company for Their LocalU Advanced Gold Sponsorship!