The default behavior for social sharing is a small image (the forum logo) to the left of the social share. For example, here is a Twitter share using the default settings. For this, you don't need to do anything except click on the Twitter Share button in the sidebar or in your browser. 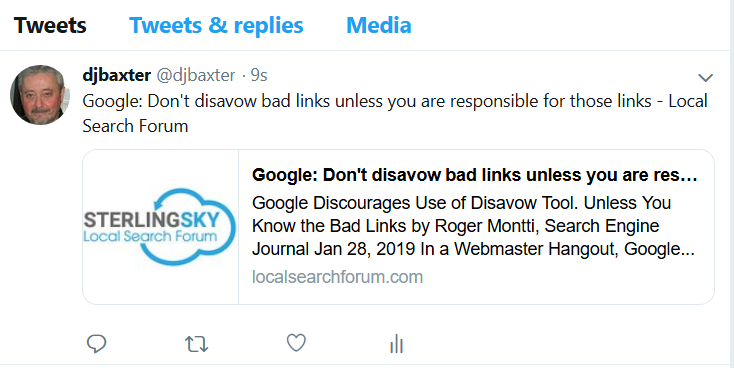 However, there are times when you want Twitter (or other social media) to display a large image from the thread (specifically from the first post pf the thread aka the thread starter or the OP) below the share, like this: 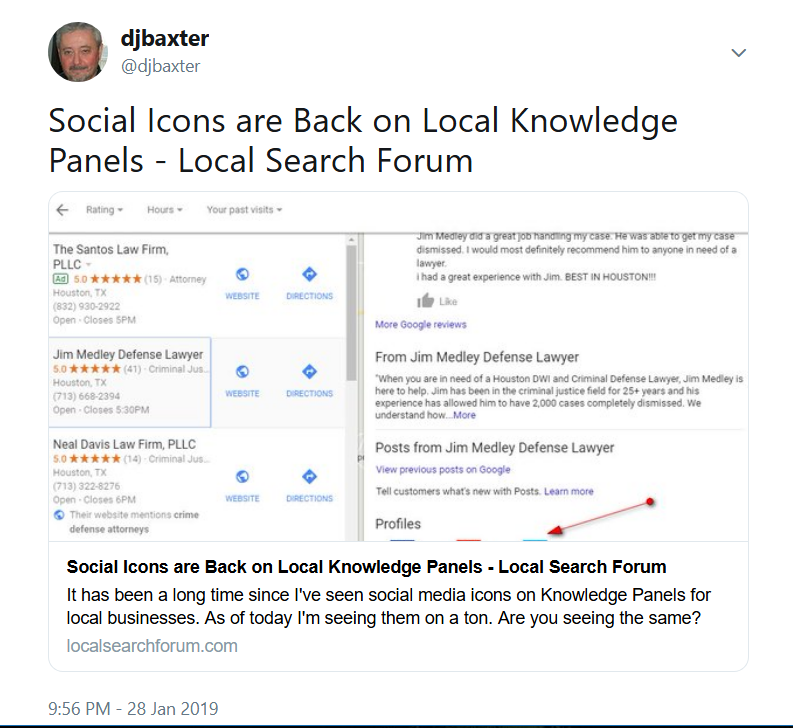 Here's how to do that.

Before you submit the tweet or other social share, after creating your thread you need to change one or two things in the defaults. Here's how I did that for the thread shown above at Social Icons are Back on Local Knowledge Panels - Local Search Forum.

1. After submitting the post, click on the down arrow for the thread editing tools (some of those shown here are for staff use only):

This will open up a menu that looks something like this: 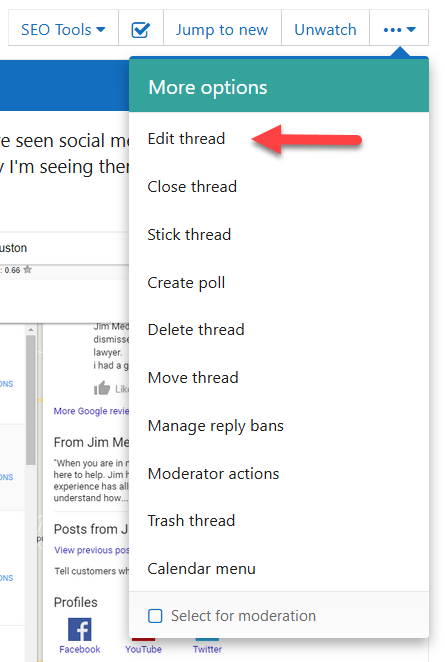 2. Click on edit thread to go to this menu:

3. Scroll down a bit until you see this:

That selects the default with the small image at the left of the tweet, as in my first example above. This needs to be changed using the drop-down arrows at the right so it reads:

For many threads, this may be all that's needed.

However, if your post contains more than one image (or if for some reason the image does now display), you can further

Next, you need to specify what image from the post you want to display. If you don't do this step, you will likely get no image at all after changing to summary_large_image:

For the thread in this example, I entered the following for the Thread OG:Image just below the Twitter:Card option: 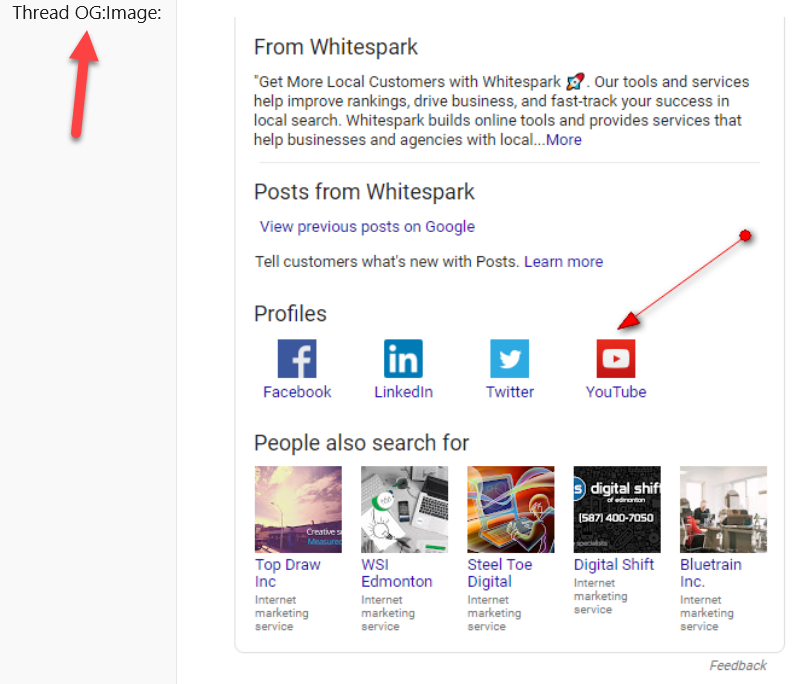 Once you have d9one this for a thread, that becomes the new settings for that thread, overriding the forum defaults. This only needs to be done once, so if you examine the settings for the thread at Social Icons are Back on Local Knowledge Panels - Local Search Forum you will see that they are already set correctly.

I don't know if this is specific to my browser, my PC settings, or to Twitter site settings, but in testing tweets I've learned that if my first attempt does not work that attempt gets cached somewhere - either in my browser (Firefox) or more likely on Twitter. I can delete the tweet, make a change, and submit it as a new tweet, but as far as I can tell Twitter still recognizes this as the same tweet and uses the old cached version.

I may be wrong about this. However, what I know works is clearing my browser cache and waiting a while (like an hour or two) before resubmitting the tweet. In the past, when I have been tweaking settings, clearing my browser cache alone and then resubmitting the tweet within a few minutes did not seem to work. However, when I am in troubleshooting mode, it's not always 100% clear whether that is because my settings are still incorrect or whether I'm still running into a problem with the Twitter cache.

I realize that initially this seems very complicated but after you have done it once or twice it will become almost second nature.

There have been several requests for upcoming versions of the Xenforo forum software to accommodate thread images automatically but so far that hasn't happen. To work around this, we are using a Xenforo add-on and that provides us with the interface to edit the og:image that I've outlined above. There is a new version of Xenforo which is currently at the Release Candidate stage but so far I haven't seen anything to suggest changes to social sharing in this version (this is a major point version release, 2.1.0, so it may well be planned for 2.1.1 or 2.1.2 but we'll have to wait and see).

Let me know if anything in these instructions is unclear.
Last edited: Jan 31, 2019