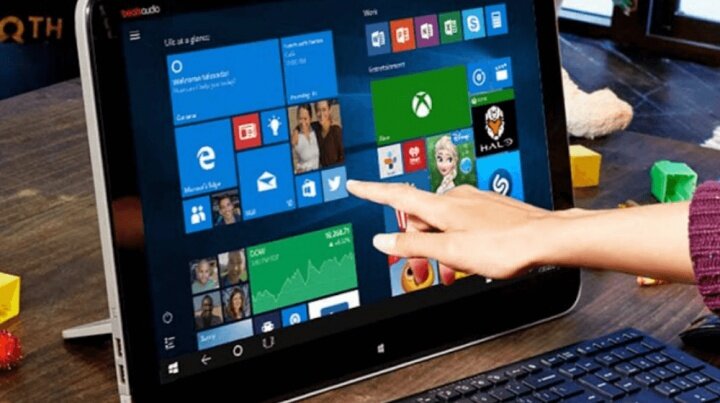 From now until July 29, Microsoft is giving away an upgrade to Windows 10 for FREE.

There are some caveats, of course.

This offer is only available for computers running genuine versions of Windows 7 (Service Pack 1) and the Windows 8.1 Update. The version of Windows 10 that you?ll get will be based on the older version of Windows you?re running on the device you?re upgrading.
Click to expand...

I'm using Windows 7 on my computers and I've been reluctant to risk the upgrade to Windows 10 for what seems to be little benefit for me.

One concern for my purposes has been whether or not my current software will work on Windows 10. The one that I'm most concerned about, from an upgrade cost standpoint, is Microsoft Office. I use Office 2003 on my computers (with legitimately purchased individual licenses).

Does anyone here know whether or not Office 2003 will work on Windows 10?

Tim Colling said:
I'm using Windows 7 on my computers and I've been reluctant to risk the upgrade to Windows 10 for what seems to be little benefit for me.

One concern for my purposes has been whether or not my current software will work on Windows 10.
Click to expand...

I'm right where you are Tim. I fought hard to find 2 new computers a couple years ago that still had 7 and had not been upgraded to 8. My tech said 8 was hard to get used to and would impact my workflow for awhile.

So that's why I've avoided all those dang nag screens and tricks to try to get you upgraded to 10.
(Old dog, new tricks.)

I had not even thought about software compatibility. But some software I can't live without like Ditto and my alarm clock program, I bet don't work on Win 10.

More than anything I can't afford the time and extra mouse movements to have to troubleshoot and upgrade lots of software (potentially). Plus I've been waiting for them to work the bugs out.

David are you upgraded? Is it a big change to get used to? Did it affect your workflow?
(Maybe not so much if you had previously been using 8.)

I never used Windows 8. I went directly to Windows 10 from 7. I use an addon (about $5) to replace the Windows 10 start button - Start10: Software from Stardock Corporation - which effectively makes it pretty similar to Windows 7.

You can also use Classic Shell, which is free.

Apparently Office 2003 will work on Windows 10.

By the way, I've been using Windows 10 personally on my desktop and my laptop, both previously Windows 7 machines. In addition, I have installed it on the computers and laptops of several non-technologically minded friends and family members, in all cases using one of the two start menu freplacements I mentioned in my post above.

I find Windows 10 generally boots faster and runs my software faster than Windows 7, with significantly fewer freeze-ups and reboots (I tend to work with a lot of windows open simultaneously and Firefox running with 6 windows and 3-6 or 7 tabs per window).

I also like the improved Windows Update in Windows 10.

Alright, I'm convinced. I'm going to buy a spare SSD drive to backup my current primary drive to, and then I'll give it a go.

Thanks to all for playing...

Back up a disk image of your current system drive (as well as the actual files if you like).

Yep, I ordered a new SSD last night for exactly that purpose.

Thanks again!
You must log in or register to reply here.