The Wordfence Threat Intelligence team is tracking a series of attacks against an unpatched vulnerability in the Rich Reviews plugin for WordPress. The estimated 16,000 sites running the plugin are vulnerable to unauthenticated plugin option updates, which can be used to deliver stored cross-site scripting (XSS) payloads.

Attackers are currently abusing this exploit chain to inject malvertising code into target websites. The malvertising code creates redirects and popup ads. Our team has been tracking this attack campaign since April of this year. You can find additional research covering this attack campaign, published by us in April and again in August of this year.

The Wordfence firewall already has built-in rules that reliably block the XSS injections in this campaign, both for Premium users and those who haven’t upgraded yet. In addition to this, we have released a new firewall rule for our Premium customers to prevent attackers from making configuration changes, such as removing the need for review approval, or defacing certain text elements.

This new Wordfence firewall rule prevents manipulation of the plugin’s settings and has been automatically deployed to our Wordfence Premium customers. The new rule will be released to free users within 30 days.

The plugin’s developers are aware of this vulnerability, but there is no patch currently available. Please see our notes on disclosure below. We recommend users find an alternative solution as soon as possible, or remove the Rich Reviews plugin from your site.

The vulnerability in this plugin is being actively exploited. The Wordfence team is seeing this in our attack data and our Security Services Team has assisted customers of our site cleaning service who have had their site compromised by an attacker who exploited this vulnerability.

Why We Are Disclosing Today
Our published disclosure policy is to ensure that developers have 7 days to fix an actively exploited vulnerability. The Rich Reviews plugin was removed from the WordPress repository 6 months ago. That means that, even if the developers release a fix, customers will not be able to update until the plugin is reinstated in the repository. We saw this forum post 5 days ago describing another site being infected via this vulnerability. At that time the developers responded with the following:

“We’ve been working on an overall rewrite of this plugin for a while now, but someone out there apparently wanted us to work faster on it, and decided to exploit our plugin to get some malware out there. We’re now going double-quick on it, and hope to have it back up (and newly cozy and secure) within the next two weeks.”

In view of the active exploitation that is affecting the WordPress community, the removal of the plugin from the repository, the inability for WordPress sites to update if a fix is released, and the vague timeline expressed by the developer, we have made the decision to disclose the details of this vulnerability now so that the community can protect themselves immediately.
Click to expand... 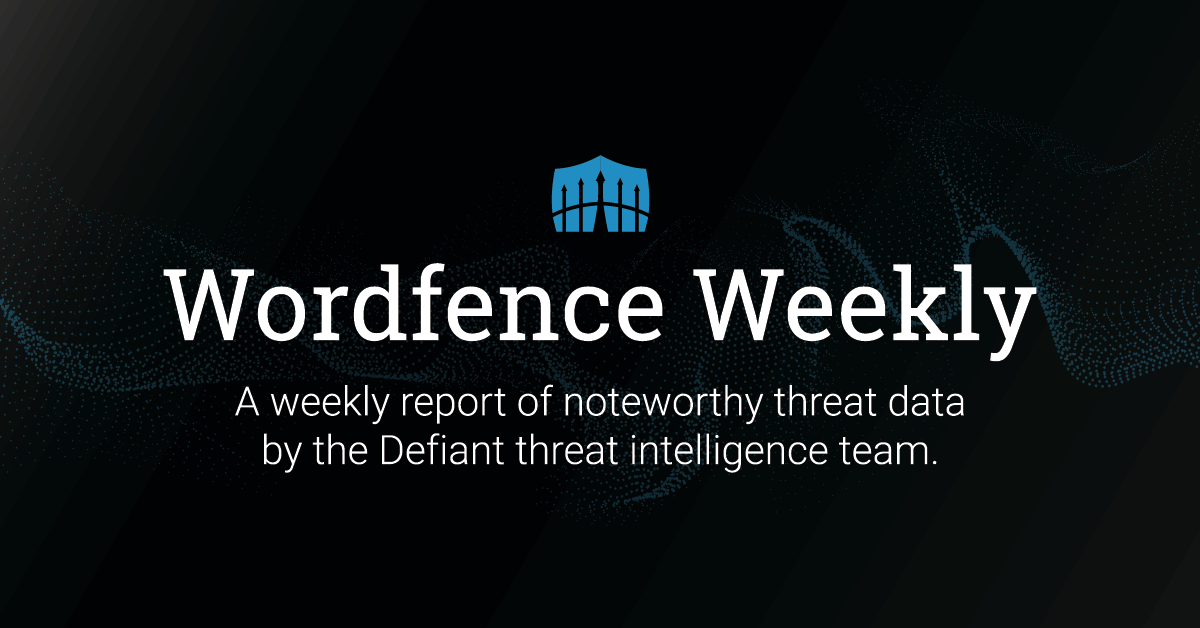 New WP-VCD variants continue to appear on the malware infection rankings, continuing a streak that shows no sign of slowing. The top two IP addresses this week are US-based machines associated with the Chinese tech conglomerate Alibaba, while the rest are divided evenly between cloud hosts...
www.wordfence.com