This will be a nice little feature....

A new update to the Google Maps iOS application promises to make it easier to navigate when it’s dark outside, potentially reducing the risk associated with using the app while behind the wheel. (Not that you should be actively using the app while driving, but…admit it, you’re probably guilty of this.) In the latest release, the app has introduced a feature called “Night Mode,” which opts for a darker display over the glaring white one that’s the default look for Google Maps.
Click to expand... 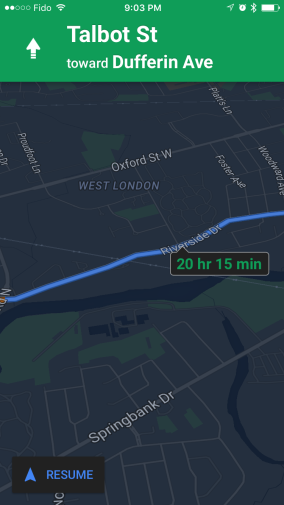 Haha- That screenshot's right by my dads place in London, Ont!

Looks like what Waze has done for years! Maybe they're learning from their acquisition of Waze.

This has been on the adroid version for ages...
Nice to see they're finally getting around to it on iOS devices
You must log in or register to reply here.

Google My Business Messaging and Metrics are getting a boost