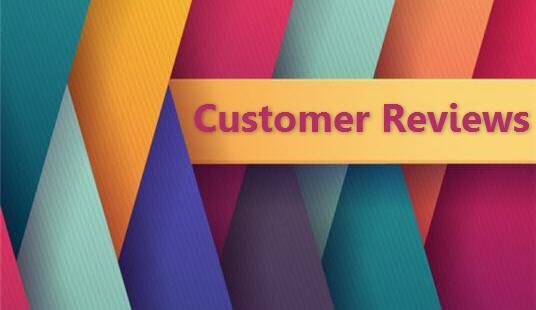 ​
It looks to me like reviews were on a lot of prolific local search expert's minds over the Holidays because several great posts about reviews hit today, so I wanted to share them in a mini roundup.

<a href="http://www.localvisibilitysystem.com/2016/01/04/announcing-the-definitive-list-of-local-review-sites/">Announcing the Definitive List of Local Review Sites | LocalVisibilitySystem.com</a>

To know that, you?ll need to know of all the sites where customers can (and should) review your business.

I?ve found 166 local review sites so far. Some you already know about ? and may even have reviews on ? but others are overlooked opportunities.

I?ve put together a handy spreadsheet for you.
Click to expand...

Next up Mary Bowling at Moz

The practice of managing one?s online reputation has mainly consisted of getting more good reviews to help drown out the poor ones, owning the first page of the SERPs for brand name searches, and using the ability to respond to reviews on many sites as a method of damage control.

However, in 2015 and beyond, we need to think less about reacting appropriately to poor opinions and trying to reduce the visibility of bad online reviews. We need to concentrate on reputation development, instead.
Click to expand...

And then we have Greg Gifford at Search Engine Land

<a href="http://searchengineland.com/forget-testimonials-page-2016-year-reviews-239395">Forget Your Testimonials Page, 2016 Is The Year Of Reviews</a>

We lost the 7-pack, and now the recent Google Plus update has removed all location information from business pages. Until Google rolls out another update to Local, your business listing is effectively your Knowledge Box and your listing on Google Maps.

Reviews have always been important, and while they?ve lost a bit of the strength they used to carry in the Local algorithm, they?re still incredibly important to potential customers. Reviews started showing in isolated popups back in 2013, but now that?s the only place you can see them.
Click to expand...

I've been thinking about the part I bolded a lot over the Holidays.

Essentially your local listing is no longer a page - it's the Knowledge Graph.
Takes some getting used to.

But no matter how you cut it, reviews have been and will continue to be one of the most important parts of Local Search in 2016.

And speaking of reviews - one of the most important things you CAN do and CAN control with reviews is your response to them - which always needs to be very carefully thought out. While not from today, here is a great post from our sponsor Grade.us

<a href="http://blog.grade.us/how-not-to-respond-to-customer-reviews-8-donts-from-a-recent-case-study/">How NOT to Respond to Customer Reviews: 8 DON?Ts From a Recent Case Study | Voice of the Customer Blog | Grade.us</a>

Remember, every negative review is an opportunity to show how committed you are to satisfying your customers. What you say will live online indefinitely, so make it count! Don?t make the same mistake as our burger joint owner, who lost a loyal customer and drove away many other potential customers in the process.
Click to expand...

Any comments on the posts above???

Have you seen any other great posts about customer reviews lately?
Please share below.

I did this round up Monday AM, but then Tuesday 2 members posted new threads with 2 of these stories, so wanted to link to those individual posts to circle the wagons.

Joy reposted Greg's post from SE Land here:
<a href="http://www.localsearchforum.com/local-reviews/39136-testimonials-pages-useless.html">Testimonials Pages are Useless!</a> This one has gotten a lot of discussion so head over to read.

The first article you mentioned about the 2016 comprehensive listing of sites is virtually worthless since it provides no ranking of importance. His chart from 2013 is much more useful in my opinion. But it's basic common sense in my opinion where to focus your reviews on with some variation depending on the vertical you are in. Most small businesses don't have enough customer volume to dilute their reviews amongst many review sites as your typical customer isn't going to go to multiple websites and right multiple review for you. To get them to do just one can be hard.

Comparison of Local Review Sites: Where Should You Focus Now? | LocalVisibilitySystem.com

IMHO, Google & Yelp are the 800 lbs Gorillas as far as review sites go for most categories. Travel related, obviously add Tripadvisor. Medical related obviously add Healthgrades. etc. etc. I'm surprised at the reach of CitySearch. I always though CitySearch was pretty dead even back when this chart was made but maybe is death was slower than I thought. I used to use it all the time way back until Yelp and TripAdvisor came along.

That comprehensive list is in my opinion just Phil trying to demonstrate how much data he has.

I don't know your name, or anything about you. You're probably a wonderful person.

But your comment is puzzling. I'm glad you liked my comparison chart from 2013, but if you've been reading my stuff for even that long (I've been blogging for longer), you probably know that "showing off" isn't my style. There isn't even anything to show off: I just share what I've learned.

Sometimes I share what I've learned as I've learned it. As I mentioned in the "Definitive List of Review Sites," there are some columns I'd like to add, like some of the ones in my 2013 comparison chart. That'll take some work, and time. We'll need to do that research anyway in order to do an update of the comparison chart (which I've been wanting to do for a while now).

As you know if you've read some of my many other posts on reviews, I also like to look at things from many different angles. Sometimes you might want suggestions as to review sites, but sometimes you just want a list.

Also, you'll probably agree that "ranking" review sites and picking which ones are "best" is really subjective. For instance, how to rank Facebook. Are the reviews what you'd call gold? No. They're easy to spam, and they're often one-liners. But Facebook is highly visible, and possibly the easiest site to leave a review on. So it's high on the list. Then what about a site like BBB? BBB is a PITA, and most people don't care about it, but it's up there in the SERPs, and having good reviews there (among other benefits) can make your reviews on Yelp look less like one-hit wonders. Does that mean those sites are "better" than TripAdvisor, which is huge in only some industries? Who's to say?

I think about the best we can do is a bigger, more-up-to-date comparison chart.

Anyway, please do keep reading my posts, and please pass along any ideas for how to improve them.
You must log in or register to reply here.

Using Google Reviews on your website on the Testimonials Page and on Social Media?

New Business Profile that can't get reviews to show