There is an exciting new Chrome feature, that's rumored to be released at Google I/O.

Google Stars - A beautiful new way to bookmark and categorize everything.

Florian Kiersch, who is know for digging in and finding Google code for not yet released new products that are being tested, made the discovery. Here are some images he grabbed of the icons. 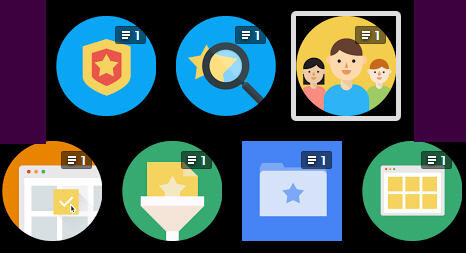 At least one of those icons has to do with reviews so this new option will tie into Local to some degree.

The Verve says: "Google Stars was originally called Google Collections, Kiersch writes, and it looks like a cross between Pinterest, Dropbox, and Del.icio.us, laid out in an image-rich grid. "More beautiful than bookmarks," the source code says."

Here are Florian's G+ posts and below are a couple more detailed articles.
<script type="text/javascript" src="https://apis.google.com/js/plusone.js"></script>

Google is testing 'Stars,' an attempt to make bookmarking actually useful | The Verge

PS I've known about this for awhile, but have been backed up, so apologies for not sharing sooner.

What do you think?

How to Delete a Google Review