I wanted to let you guys know about a current trending issue that is causing people to lose reviews on Google. We've seen many reports of businesses losing reviews each day recently. Sterling Sky (my company) lost one as well as many of our clients. Google is aware of the issue and I'm currently waiting for them to confirm if you need to contact GMB support to have this fixed or if they are able to fix it for everyone all at once. I'll keep this thread updated when I hear back. 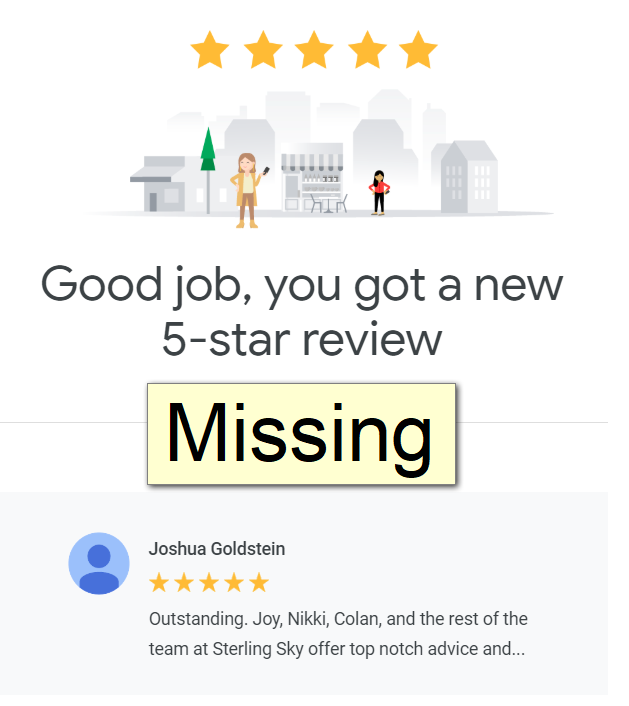 We opened a case in the Spanish market and GMB support told us it's a bug. The case is still open and it's under investigation. We opened another case today with the same problem in different listing and we got the same answer.

Is this for existing reviews or for reviews that are new? There have been a few we've received the emails on saying "You got a new review!" and then there is nothing there... We'd assumed the reviewer had deleted it for whatever reason, but I'm guessing it is due to this glitch.

@Cordell Crowley - that matches the behavior we're seeing as well. I do believe it's impacting older (last few months) reviews as well.

One of my clients told me they got some of theirs back now.

I've seen a review here and there disappear. But, this is the first time I've seen all of a client's reviews disappear.

So, I'm creating a proposal this morning and telling another client how good things have gone helping a specific client get reviews, and I checked to see how many total reviews they now had and was surprised to see that they did not have any reviews on Google. I reached out to Google support and was told that there is a bug and engineering is aware and working on it. 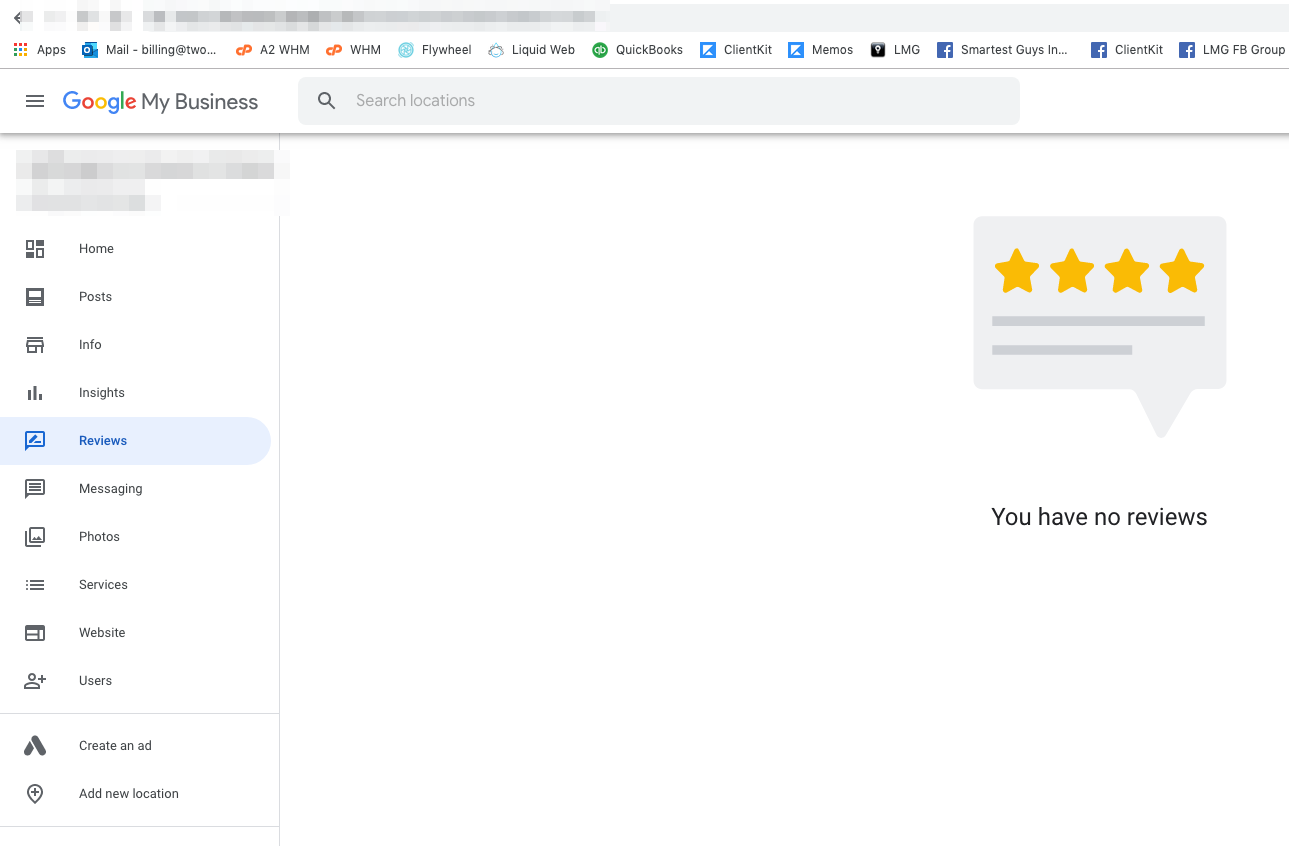 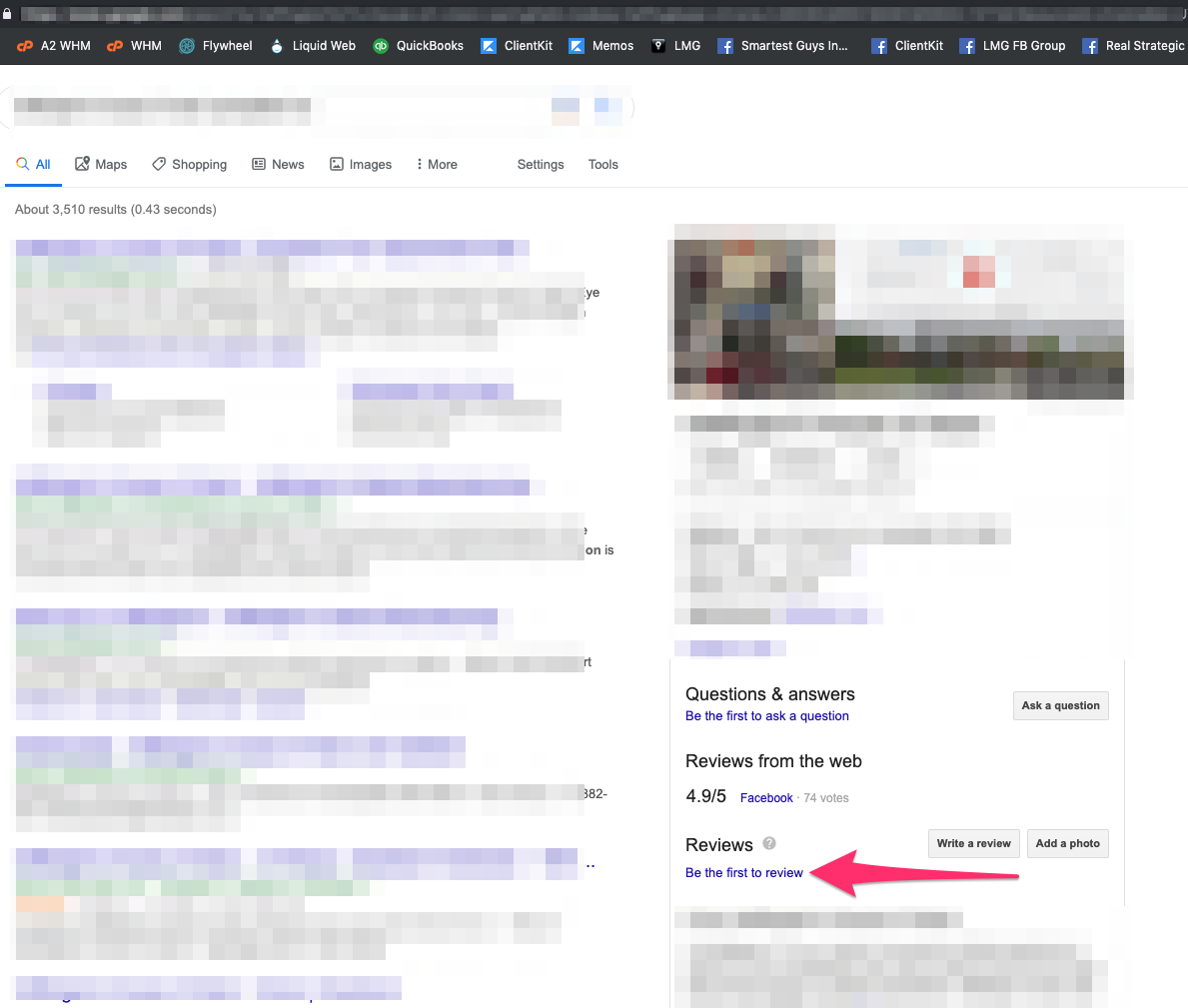 cjaquess said:
I've seen a review here and there disappear. But, this is the first time I've seen all of a client's reviews disappear.
Click to expand...

Christopher, please update us when it fixed. It is an interesting case.

A user on the Google My Business forum deleted his short name inside GMB and the reviews came back. You might want to consider giving that a try.

I'm worried as I only just created a short name recently and can't afford to lose my reviews right now that's for sure. I've been having a lot of trouble for weeks now. In the meantime I've unpublished the website within GMB. I don't understand it enough and how it affects my existing site traffic.

There are multiple issues happening. The Google My Business (GMB) website is not impacting reviews nor are they being removed when creating them. You can use the free website as another property to rank in Google for your company name without it being linked from your GMB dashboard.

As far as the reviews disappearing, GMB is glitchy at the moment. I had a review that came in and it was not showing in the dashboard but live on the maps. We also couldn't reply to it for several days. We hadn't created the short name for that location.

The other issue we are hearing is that by creating the short name, listings are becoming suspended or going into pending status.

All I know is I now have to live on no income for another who knows how many weeks, feed 3 kids, try to save my business, while they play with algorithms and peoples lives and then act like it's not their problem to provide any support. Machine learning is probably in control and there's nothing we can do until it's destroyed the world while 'learning'. Even they don't really understand what's going on.

I am sorry, but I am not tracking with you. Did you listing get suspended or did you lose reviews? I need more information before I can provide you with the next steps.

Not yet. But it wouldn't surprise me. My traffic dropped considerably since I pressed publish in GMB. Still not sure why but it's been unpublished now I've given up on them. I won't be using any of it. I've now started with Bing ads. Probably a waste of money but they gave me credit, I can't rely on Google anymore and all their stuff just feels glitchy to me. Especially GMB. My rankings have been all over the place for months. I work hard with no reward. So sick of trying to live to Googles standards just to survive.

Google shortnames and the case of the disappearing reviews
by Greg Sterling, Search Engine Land
July 12, 2019

Last week SEOs started noticing that adding shortnames to their clients’ GMB profiles caused reviews to disappear or listings to be suspended.

These are apparently two separate issues, according to Google.

Google provided us with the following statement about what’s happening:

The recent concerns around the visibility of certain business listings are being corrected. The business listings were not suspended, but instead were not being shown as visible due to a technical issue. Business owners who experienced issues should be able to see their listings in Search soon. While some users may have experienced an improvement to the situation with the removal of their short name, the issue was not directly tied to the short name feature.
Click to expand...

Apparently the problem of disappearing reviews is technically not identical to the missing listings bug. Both issues are being worked on. Google was not specific about a time frame for resolution of these issues (beyond “soon”), but assured us they are being addressed.
Click to expand...

Hi, i know there was a bug affecting this, but i want to tell a problem that happened to me that might help someone in the same situation.
I have an issue as well with the reviews from one of my listing disappearing. In one day i lost over 2000 reviews. After contacting GMB support, they inform me that the problem happened cause my profile was merge with another one, and because of a problem of Google they got separated and that duplicate "stole" my reviews. It was solve days after.
Just saying this to also check with the duplicates or if you had merged the listing that might also affect.
(hope you can understand sorry for my english)

I have an update to share with you on this. I just heard from Google and this is what they said:

"In our ongoing efforts to remove fake reviews from Maps, we've experienced an increase in reviews being removed from businesses. We are inspecting our tools and systems to ensure that any legitimate reviews are reinstated."

My interpretation on this is that these reviews won't be coming back. In my experience, when Google adjusts something that automatically removes reviews across tons of listings algorithmically, they do not restore these since they were removed intentionally. Unfortunately whenever they make updates like this, legit reviews do get caught up in the mix and although it's frustrating, I am choosing to remain positive that Google is at least trying to solve the largely-growing problem of fake reviews online.

Oh - bad news for those affected! Is there a tool to bulk export your reviews (just so you have a record from time to time) or is it a question of just scraping the page as best you can? I don't have experience of the API but I'm imagining this is the answer! NB Solved - I just made a report in Google Data Studio using the Supermetrics connector - I'll export all data on a monthly basis from now on!
Last edited: Jul 19, 2019

I opened several cases for different users, they close the case and asked me to wait. I'm pretty sure they have changed the filter and they are testing it with some GMB listings. The thing is that new tool, algorithm or filter is still learning and it's making a lot of mistakes with legitimate reviews. I'm studying how it's working and I have 4 different customers listings and their listings are losing 3 reviews every day. I noticed during 1 whole week that reviews are always deleted around the same time and always 3 reviews disappear. Seems like the listings were flagged and the reviews are being deleting automatically.

This is another reason to be collecting first-party reviews. Google and Yelp can never filter them or take them away.

GBP Attacked and Marked as Closed. Why Would Google Accept This?

Can Google Maps remove reviews due to loss of state business license?

Is anyone else experiencing issues related to Google Search Console?