I noticed that when changing hours or categories and the like, the site drops in results for a few days and then returns, or did you notice it?

Google just announced that they are rolling out the May Core update today. Google employee Danny Sullivan used his Search Liaison Twitter account to make the announcement.

Adding in this example from Darren Shaw. Like him, we started seeing this on the 23rd-24th.

Hoping it's still working out its kinks, I'm seeing a lot of spam suddenly knock us out of 1/2/3 positions on maps for one of our locations today
M

My GMB listing occupied top spot for 10yrs+ and tumbled down the rankings last Thursday only to return again on Sunday to my great relief. Unfortunately it looks to have tumbled again yesterday! Other clients of my SEO have been affected and we suspect it has something to do with brand names / neural matching. In Melbourne, Australia, we have a pretty big firm called Man with a Van and he has disappeared from his own brand name search, replaced with some spammy looking alternatives. (My business is Mortgage Broker Melbourne which may be similarly affected as my brand name is also the search term)
M

We've been seeing a yo-yoing up and down in the Map rankings for several of our clients. One day they are in the 3-pack, then a week later they are out of the top 10. This has been going on for the past few weeks. Is there a new Google Map algo that's out now or some other reason this may be happening? Anyone else experiencing the same anomaly? Thanks in advance for your feedback. 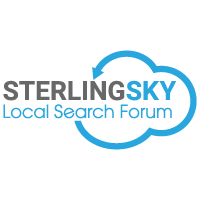 Hello, have you also noticed the results rotation in the service industry? Yesterday I noticed jumps in many locations.

My own site had disappeared from GMB listings when I checked on 1st May. Now today 8th May it is back in the three pack and in several common searches it is higher than ever, ahead of my main competitors! Hopefully it will stay there.
M

Hello, have you also noticed the results rotation in the service industry? Yesterday I noticed jumps in many locations.

Many thanks, DJ. Doesn't look like the mystery has been solved yet. Frustrating = Google.
J

We were knocked way down a few weeks ago, then went back up, now down again. Organic ranking very high, which was an improvement.

I was thinking it would be nice if someone could do an analysis of these rank fluctuations over time, and whether they are normally going back to where they were before (which has always been true for our business), or not always. And theories about why any local ranks have permanently changed, if any have, would be a bonus.

After making a recover, we lost our positions on May 4 and are completely out of the pack. It is now May 8.

This is really similar to what happened in November. The local results started fluctuating before Google announced the core update. It went on for several weeks where we saw giant ups and downs and then eventually stabilized. The end result was definitely different than it was before in October but it wasn't nearly as varied as when it was rolling out over the month of November.

JoyHawkins said:
This is really similar to what happened in November. The local results started fluctuating before Google announced the core update. It went on for several weeks where we saw giant ups and downs and then eventually stabilized. The end result was definitely different than it was before in October but it wasn't nearly as varied as when it was rolling out over the month of November.
Click to expand...

Thank you. We recovered fully after November. This feels like deja vu. And it's hard to believe that we went from number one consistently to only having #18 relevance. (And I have performed two searches where we were not visible at all in the results).

To further complicate matters, just as this was all happening, we wrote a mid length blog post about how covid is affecting our industry. We wrote a longer one before, then had a drop within a few days or less (also when there was reported flux in our industry), then deleted that blog post, with a 410 code, and submitted a removal to GSC. Within a couple of days max, we were back to our old position. Then we received a link to that page (which we gave to the person before we deleted and they didn't recheck before publishing). Since it was a decent link, we republished the post but with shorter content. Within another day or two, rank dropped again. So now we deleted and redirected that post, using a 301 redirect, to a seperate website. And of course there was reported flux both times -- so this post may have had nothing to do with the drops or the rise back up.

I know this all sounds confusing but, I swear, there have been no other changes to our site or GSC. So this had to have been caused by one or the other.

If rank doesn't come back next week, I'll be republishing then deleting using a 410 code, then resubmitting to GSC. I can't imagine the type of redirect for a deleted post would matter but I'm not Google.

And all of this could be totally related to the flux, and unrelated to these posts, which was happening both times we published this post. Like the same day, but reported flux, both times. So that sucks.

And for whatever it is worth, we publish high quality, only relevant content on our site, and have high quality, relevant links. We are not spammers. I write all of the content and it is carefully crafted. We are extremely careful with GSC and NAP everywhere, and our address hasn't changed since day one. Our organic rank is also high -- and that hasn't changed. So it's just impossible to believe that Google is pushing an algo that would place us suddenly so far down. That would make no sense at all.

Our positions on gmb were restored about 2 hours ago.

Was talking about this with Joy earlier, I have fielded quite a few calls from people asking if the sky is falling. All 3 calls (just today) were with companies that have exact match domain names and exact match keywords in listing names. (In compliance), BUT I do not think this is a major shakeup. I think it is just like what happened in November and it will settle in a week or so.
E

We have had the opposite (thankfully) to what happened to us late last year. In that case we were replaced in map packs by unverified listings with GMB names spammed with location/keywords (different to the actual business name in some cases) but this time around we seem to be benefitting from our organic SEO status vs the others and location based business names seem to be falling away a bit.

Who knows where it ends up but for us at least , it has repaired the damage of November (and more). Not that we are getting any enquiry at the moment anyway
J

Pete said:
Our positions on gmb were restored about 2 hours ago.
Click to expand...

I own a service based business. We’ve been in the top 1-2 map positions for our main focus for 1+ year and secondary focus for 2+ Years. Last week I noticed we weren’t in the top 3 for either. The next day we were back on top. Following day dropped even further. Yesterday jumped back to the top. Today dropped back down. Most of my business comes from the maps section. I have an SEO company that’s working on our organic rankings. My first thought was that they were building spammy links that got me penalized. After reading this thread I’m not so sure. Is this the appropriate place to hire someone to audit my GMB and site?
You must log in or register to reply here.

J
Is this a Google September 2022 Broad Core effect? Or something else?