Soooo many changes came up yesterday and so many things you guys need to know... I was going to try to do several posts today highlighting some of the changes. But I'm sick as a dog. Have some kind of really nasty bug including total and complete laryngitis. Can barely see or think straight, so think I will just need to try to link to others and organize everything into one post.

Below is yesterday's post where I was live steaming the Google I/O event. Trying to watch and comment as things came up. Others commented too, but it was more just snippets with no time to really get into the meat of it all. Google I/O 2013 - Google Local and Maps Updates. Next I'll try to focus on the major changes that relate to Local SEO.


Stars are coming back in new "Places Search" AND on the G+ Local pages. 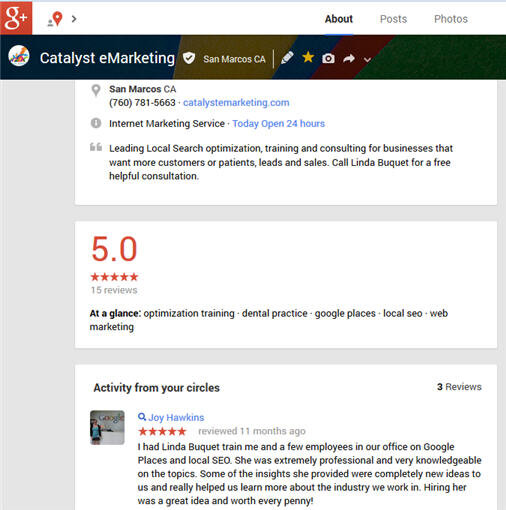 ​
Here is Jade's announcement about the NEW IMPROVED 5 STAR RATINGS.

Today, with the launch of the new Google Maps, we announced a change to the way people rate businesses on Google on the Google and Your Business blog.

Users who opt-in to the new Google Maps will rate businesses on a scale that ranges from one to five stars. The system maintains the precision of the former 30 point scale while improving the readability and accessibility of the business listings.

As a business owner, you’ll notice that past ratings have been translated to the five star system. Previously, users rated businesses from “Poor-Fair” to “Excellent” on several dimensions; these ratings were converted to numerical scores and expressed on a 30 point scale.

Your business’s overall rating is calculated from both old and new customer reviews as a 1.0 to 5.0 star rating. Old dimension ratings like “service” and “decor” will contribute to the overall rating. The new algorithm takes into account statistical uncertainty in the straight average of user scores to make the scores more reliable for places with only a few ratings.

The changes will appear to some users today and will continue to roll out on Google Maps for Mobile, Google search results and Google+ Local in upcoming months.
Click to expand...

HOW MANY REVIEW DO YOU NEED for stars to show? Mike has the answer:
How Many Reviews Are Needed to Show Stars in the New Map List View?


GOOGLE+ LOCAL PAGE DISPLAY UPDATES - Quite a few minor display updates already are live and more on the way, including RED STARS for reviews.

Instead of tabs with about, posts, photos, etc below the banner. There are just links, way above the large banner image. Few other layout changes too. Here I'll just show you with a before/after on my listing.

Here is my personal G+ Local page today. (Merged/verified in +)

Here is a LIVE PREVIEW of the new 5 Star layout. (Click to view live!) Partial screen shot above.

To preview any G+ Local page to see how it will look after the new update which includes the red review stars, add Mike's hack to the end of the G+ link: ?hl=en&rfmt=s Here is Mike's post with the hack and more details: Access Your Local G+ Page with the New 5 Star Treatment

NEW "PLACES SEARCH" LAYOUT - With the red review stars and new maps layout. As we we discovered yesterday before the announcement, Google was testing the new layout. Here is the previous post and one of the screenshots I took. Major Google Local Update Rolling Out - Maybe Even STARS? 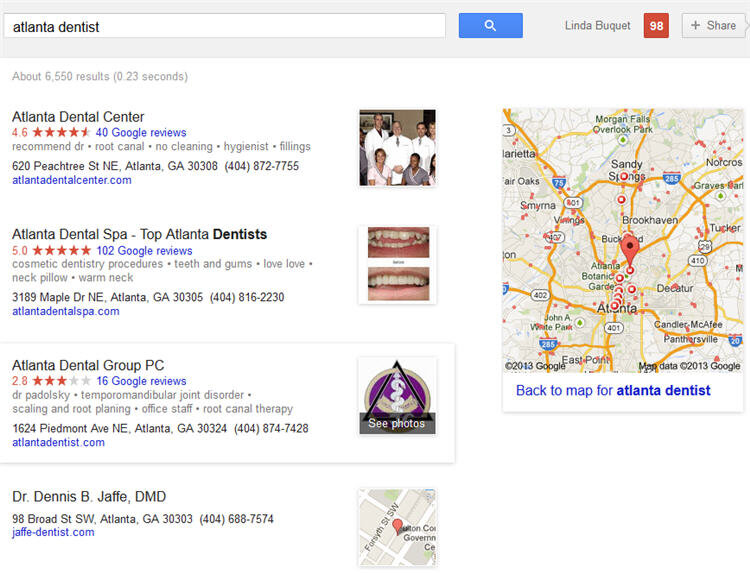 ​
I explain in that post the hack to preview the new Places search results is to add: &prmdo=1&tbm=plcs to the end of the URL/search string.

Today Mike did a post with a bunch of great info including all the different preview hacks in one place. Some Tidbits from Google’s Rollouts Yesterday


GOOGLE MAPS UPDATE- There is a maps update in the works with major changes to the way Places are displayed. It's BETA right now. Google tells me I'll be getting an invite to preview soon, so will be able to do some testing, screenshots, etc.

Here is Google's official announcement: Meet the new Google Maps: A map for every person and place 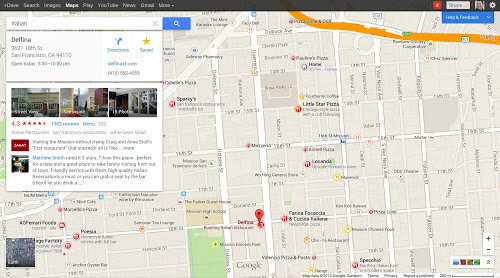 ​
There were also a ton of Google+ updates announced for images, hangouts and more: Google+: New Google+: Stream, Hangouts, and Photos. Most of this info is peripheral to local but handy for you to know about for your own G+ usage. But of course everything sort of is tying in together via G+ so all these changes are relevant.

To really understand the big picture and where all of this is heading... To understand Google's vision for the future of search, maps and local, you should really watch the keynote when you have time. It's almost 4 hours long but RICH with info you all need to know. There is even new VOICE SEARCH (like Siri for desktop) and tons of other cool futuristic stuff coming.


<iframe width="560" height="315" src="http://www.youtube.com/embed/9pmPa_KxsAM" frameborder="0" allowfullscreen></iframe>​
There is a bunch more news and more changes coming. Will announce as I can and also may add to or clarify things in this post so check back.

Really apologize for lumping this all into one post. I've tried editing and changing order in this post like 20 times. Between this virus and all these updates - everything is just a big blur. I need to just hit submit and get this out. Been working on it for 2.5 5 hours and just can't get it sorted out so, this is best I can do for now. I know there will be a bunch of questions and this thread could get confusing. Sorry...

I'm still waiting for my Google Maps invite Google said they would give TCs early.

But Ryan just posted an awesome video walkthrough showing some of the changes that will affect us here in the world of local search.

http://localsearchforum.catalystema...s/7064-video-walkthrough-new-google-maps.html
You must log in or register to reply here.

E
Managing listings through Google Search, rather than the dashboard view. Can this be changed back?

Creating a Feedback Page on the Website to Ask for Reviews