Why No Google+ Page Listed in Pack?

Status
Not open for further replies.

So I have seen this from time to time lately and couldn't find any posts out here about it. In the local pack Google is not listing the Google+ page for the business - even though that business does have one (albeit unclaimed) and it even has a solid review. (This is not my customer or my own business, just saw it and wondered what it could mean?) 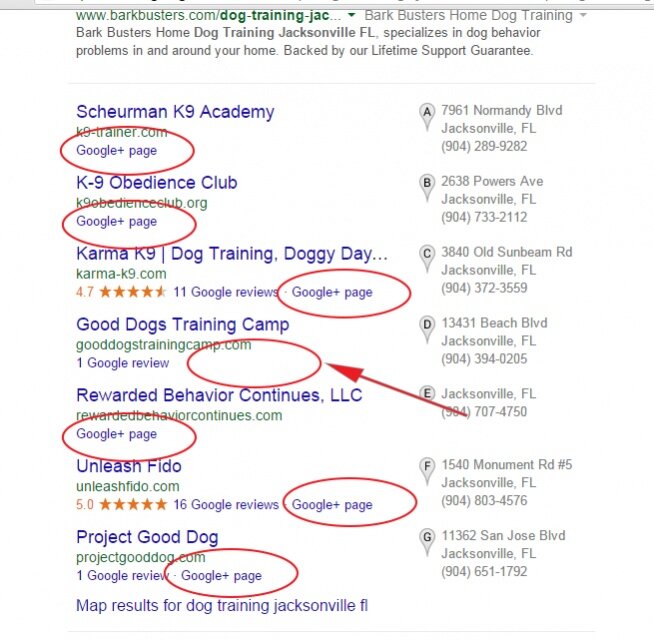 I've seen it discussed with the reasoning behind it, but have a bad head cold and my brain is gone. Can't remember why that sometimes happens or where I read about it.

Hopefully others will weigh in with theories or point to where that discussion was.

It's because the Google page is unclaimed. You'll need to go to https://business.google.com/add to claim the page. After you do that, it will be easy to navigate to from the SERPs and elsewhere in Google.
Latest Blog: Next-Level Google Maps Spam-Squashing Moves

Interesting because the top 2 pages in the example (Scheurman K9 Academy and K-9 Obedience Club) are *also* unclaimed G+ pages and yet they have the link.

The only thing I usually see is the GMB page is hiding the address.

ahh... but dustybones, here is the trick: that G+ page you posted is not the page listed in the pack! That page you posted appears to be their page associated with their Ponte Vedra address, and is claimed (ish)

... but the page in the pack is for their Jacksonville address (which may be closed and that is the cause for this??? ... I really have no idea and no relationship with this business I just noticed it while researching something else and like to keep up on these things! ... but if the location is closed, maybe that bring us back to another recent forum discussion? http://www.localsearchforum.com/goo...ce-pages-back-but-its-not-what-you-think.html)

here is the G+ page for the Jacksonville address... 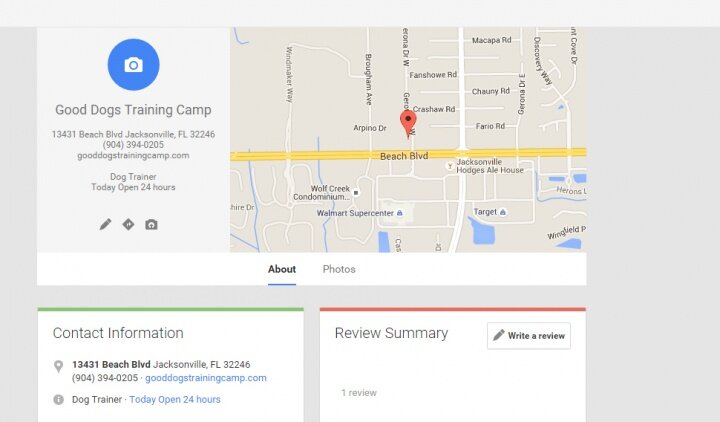 Thought you might be interested to see how that same pack looks now that Google has removed the unverified G+ pages... turns out several in this pack had pages that were created by the Google algo & never verified!(including not just my "mystery" page that started the question, but indeed the top 2 businesses in the result!) 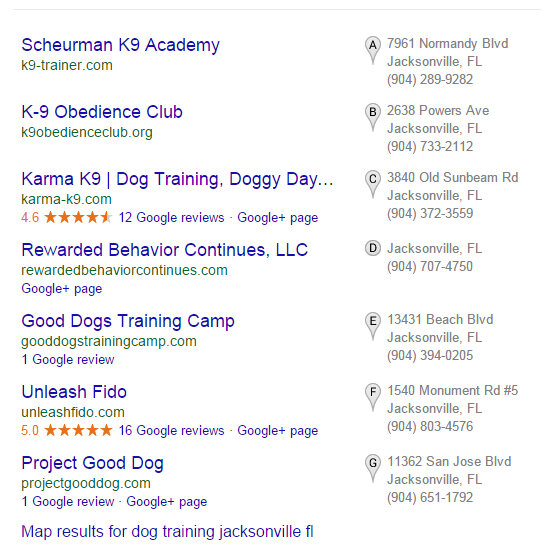 Ya Shirley, in hindsight, your original thread, prior to G+ page removals on the 28th - that top screenshot was back when just the links were removed.

I'm sure you saw it, but for anyone else reading this thread, that missed the big announcement, here it is:

Lots of speculation and going round and round, but then the final word and factual story from Google in post #21.

Closing this thread now, just so we don't have split convos about this that confuse anyone new coming in.

But thanks so much for sharing those screenshots Shirley. Very helpful to have the before and after.

Status
Not open for further replies.