I was following the post here (Images That Will Cause Your Google Posts to Fail and Filter Your Google Posts - Local Search Forum) and looking at the issues with rejected posts on the GMB community with interest - I hope this gets fixed soon!

I have had issues with posts being rejected - not necessarily because of images - sometimes the rejection is triggered when I add a URL.

Today I added a Google post, it was immediately marked as rejected. I didn't change anything, but checked the SERP and saw that it had been published: 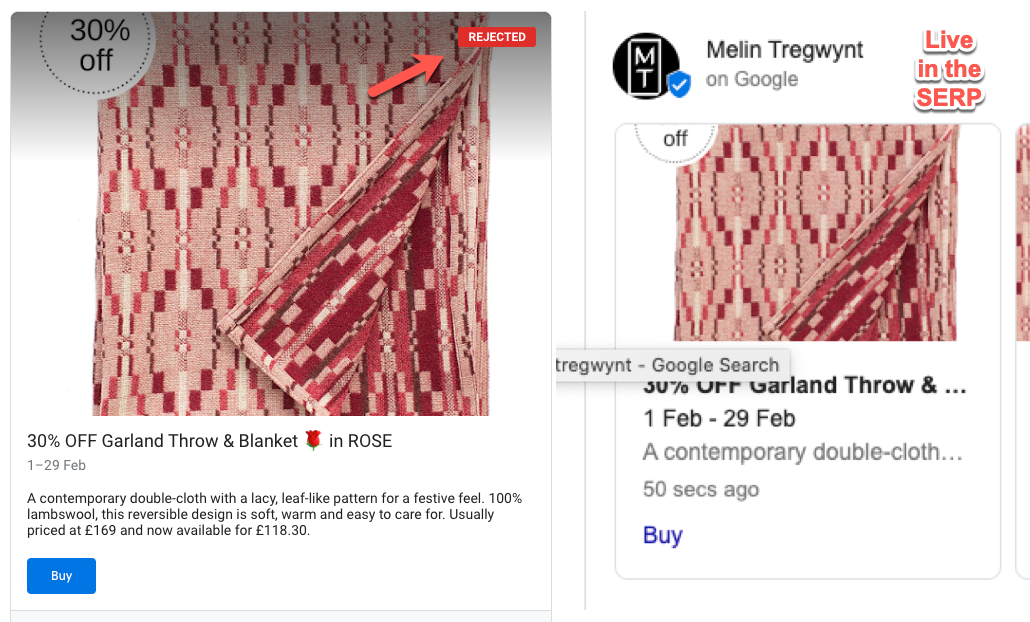 I know that people are suggesting workarounds (re-post if it gets rejected, change the image name etc etc) but essentially rather than gaming the system with workarounds I just want posts to work, and for the user interface in GMB to not be so borked. I guess I can dream!

I mentioned this work around last week on Twitter thread but I kept on forgetting to record it.

@timcapper Thanks for sharing that.. assuming the un-rejected Post is actually showing on the public side as well?


These were also "un rejected" examples.

I suggested the name change workaround in the support forums and Mike Blumenthal jumped in to say it's because of stock photos. (Mike included a link to this SEL post.)

Any chance that's a stock photo?

Hi Stefan, no - no stock images used for any clients. I think the issues extend beyond problems with photos only. It seems so broken!

I have a stock photo but only one of my 180 locations with same post is rejected. all have the same stock photo. weird eh?

Back to using Google's Vision AI tool to scan images first. I am working with @Amy Toman on this, what was/is really a "benign" stock image of a lady sat on a bed with her back to us brings back so many negative "web entities", it's actually quite sad to see.
So, be mindful where these "stock images" may have been used in the past. New Posts will publish after "fix;" rejected Posts to go live this week.

Just when I thought things had settled down, this image was rejected today. For a law firm, and the post was about personal injury. I expect the issue was the amount of skin shown, especially since the image I substituted was very similar, but one leg had a cast and not a boot.

Also, the same image, in black and white, was accepted on another listing within 20 minutes of this rejection.

I really think the AI used here is flawed. 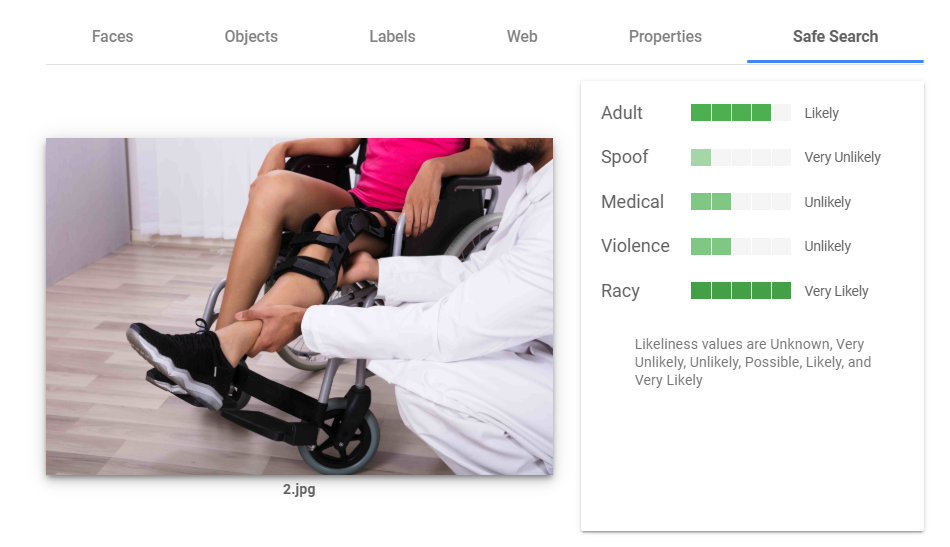 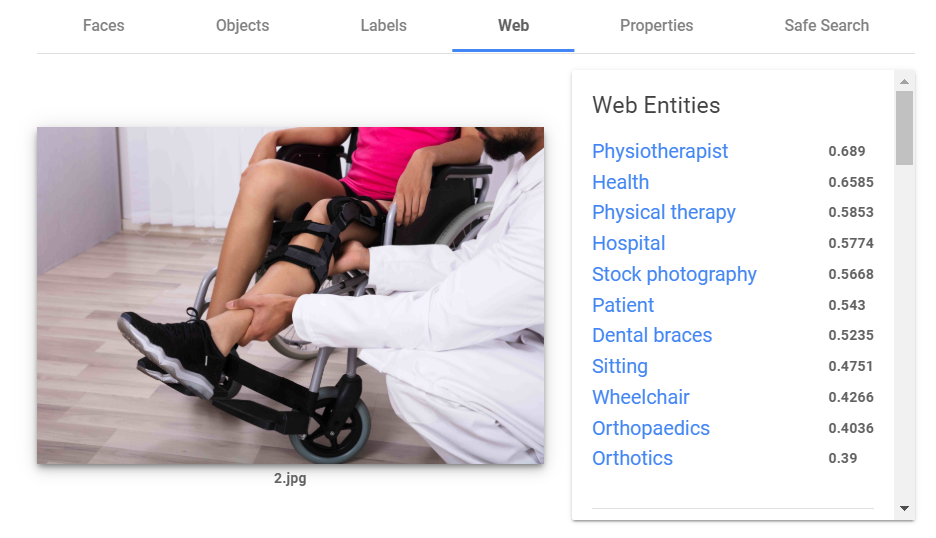 I am hearing of more cases of posts getting rejected bc of photo issues. May be Google, needs to turn it off and turn in on again? 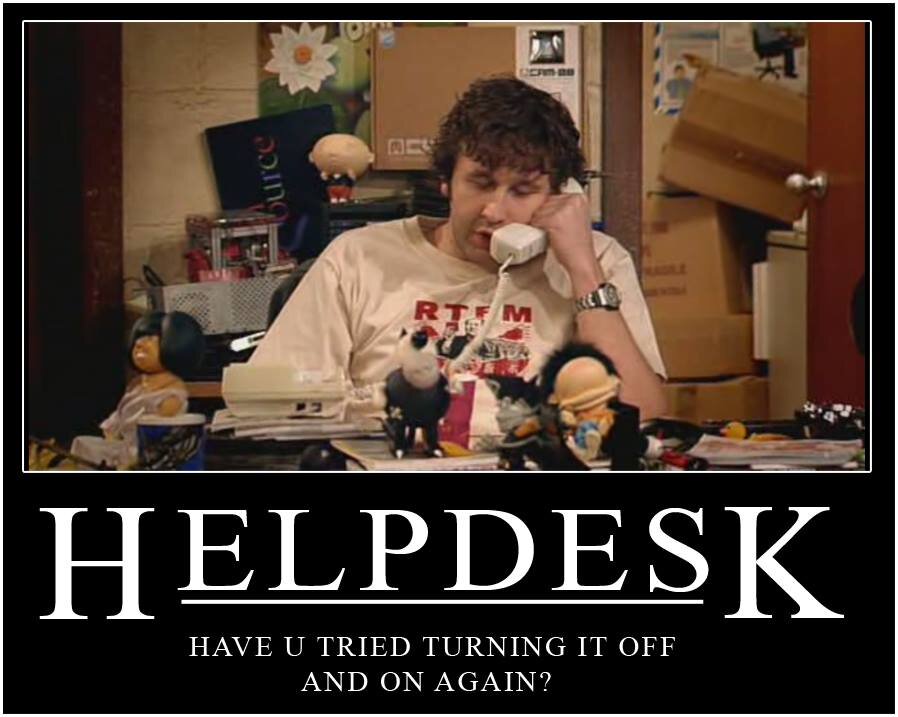 @Amy Toman did the black & white image have the same Racy setting?

Yes, the image ranks high for racy, but one less for adult. I don't know if that affected anything. 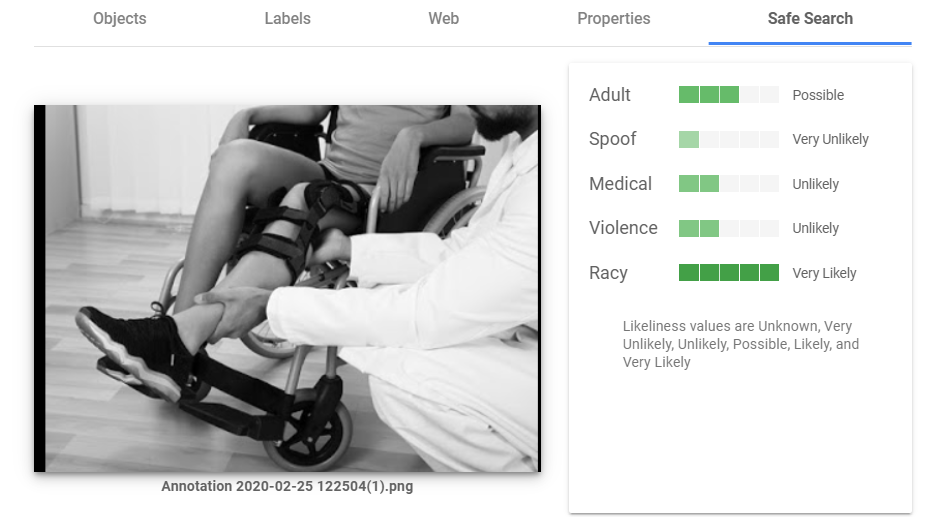 These two posts were rejected. Anyone else having problems again? Images? 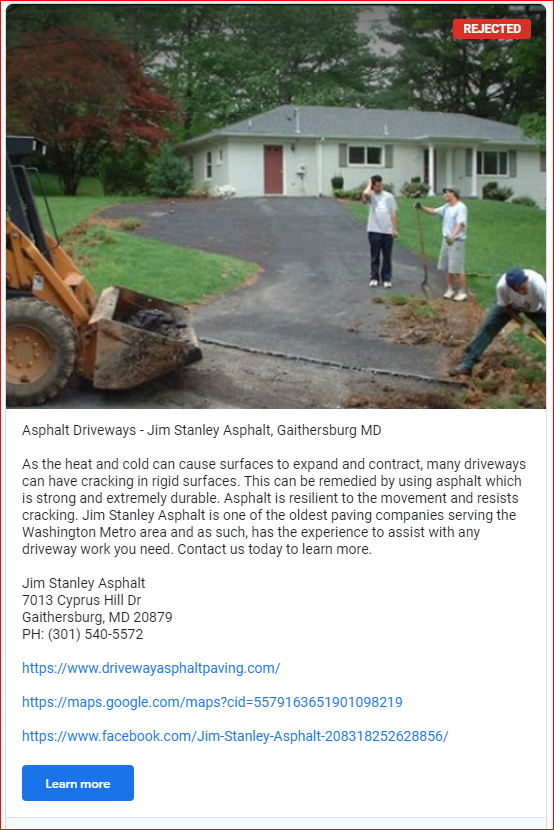 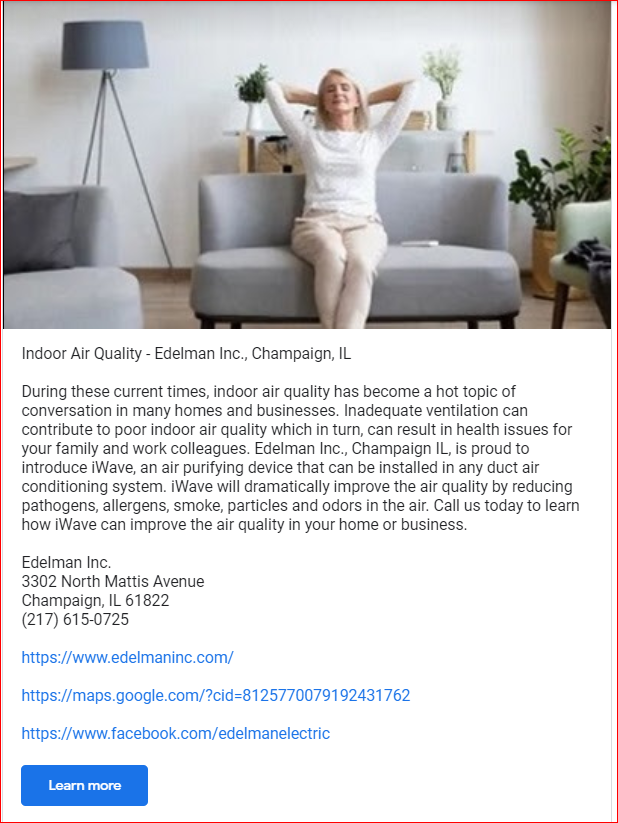 Have you posted with links in the description before, I thought links were not allowed. Test posting without links....and phone number 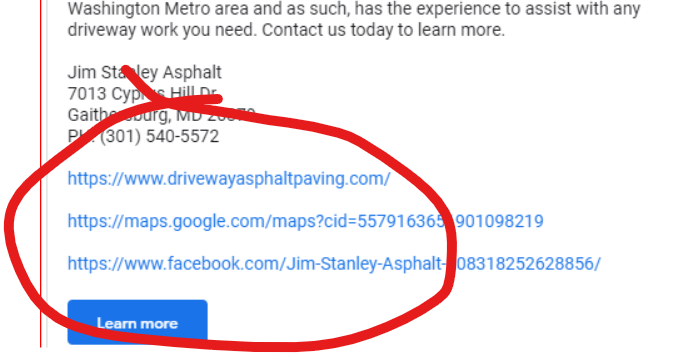 Nov 12, 2020
Charlie Bramble
C
S
Google just changed their rules for GMB posts: If you are a chain, you can now mass post to all your GMB locations using a GMB post scheduling tool